Well with some but not much convincing Graev picked up his copy of Everquest 2!Â  The thought of playing EQ2 again was exciting but now the thought of having a person to duo and experience it with is just too cool.Â  In the spirit of playing together I shelved Rargh and created Frob, the Ogre Fury to play along with Froob the Ogre Coercer!Â  An interesting duo there is no doubt.Â  So far we have reached level 10(almost 11!) and purchased our apartments in Neriak.Â  We aren’t sure what’s causing it but we experience some incredibly odd skippy lag in the city and can’t seem to figure out why.Â  Anywhere else in the game is lag free with high FPS until we zone in.Â  So until it’s resolved we shall avoid our homes like the plague! 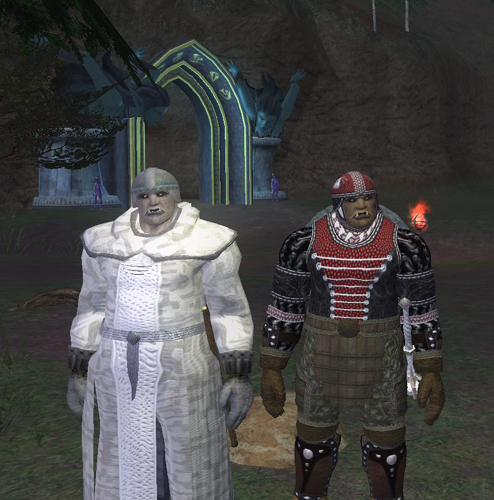 We hope to see the world of Norrath one step at a time and have a blast.Â  If you’re ever out and about and need a Fury and Coercer we’re your ogres.