Whenever I can't get into FFXIV (Which is a lot) I play Disney Infinity. After spending quite some time with the Cars and Lone Ranger play sets I figured it's… 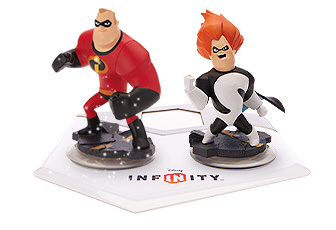 Here I am again, despite my best efforts, caught up in some new toy / video game combo. I’m quite happy to say, however, that there is indeed something special about this one. While Disney Infinity may seem like a Skylanders rip-off from the outside it is anything butÂ  that. Really the only similarities you can draw between the two would be the use of physical figures placed on a portal. I’m not going to declare that it’s better or worse than Skylanders because I still really love those. It’s just different.

We first started the game up, and as soon as the flashy intro/tutorial started we were immediately thrown back to being little kids. We both really love almost all things Disney so everything they presented was right up our alley. As various Disney properties sprung up and familiar characters graced the screen we were shouting, clapping, and squealing with delight like a couple of idiots. As soon as the tutorial ended we were dropped into one of the game’s toybox worlds featuring sprawling fantasy terrain and a rather lovely Disney castle. I placed a Davy Jones, Pirate (not Monkee), figure on the portal and Keen opted for Barbossa. Our characters came to life in game and we spent several minutes just running around, smacking each other, and just generally exploring. The toybox offers some pretty robust play options but we opted first to try out the Pirates of the Caribbean play set. END_OF_DOCUMENT_TOKEN_TO_BE_REPLACED 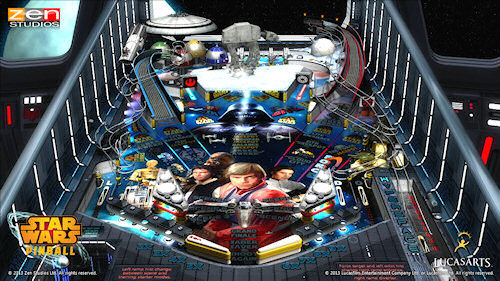 Star Wars Pinball has been out for a while now but I've been holding out for the Wii U version. Pretty much just because I absolutely LOVE off-TV play to…

Keen and I have been dabbling in FFXIV beta lately and enjoying ourselves so far. At the very least it seems more enjoyable than the original release and it's even…

END_OF_DOCUMENT_TOKEN_TO_BE_REPLACED

When I first saw the feature demonstrated on the Wii U (at whatever event) I was incredibly intrigued. It seemed like a good idea, and one that I might use…

Today we're talking about Pinball. Kinda weird, but just roll with it. Did you know that in various pinball games you are actually supposed to aim the ball at specific…