Miss out on getting a GW2 beta key from one of the bazillion giveaways out there? We have in our possession one extra key. You have only a few hours…

Let's talk about end-game a little bit.Â  While streaming the other day, I had a quick talk with @AshenTemper about end-game.Â  I was playing The Secret World wondering what it…

I love cosmetic rewards.Â  I think they are possibly one of the greatest ways to influence players while maintaining balance and integrity of gameplay.Â  I've written about this before, but… 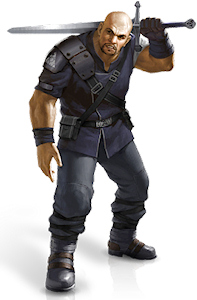 END_OF_DOCUMENT_TOKEN_TO_BE_REPLACED

I wish that I could time travel back to the day Star Wars Galaxies launched.Â  Why SWG, you ask?Â  I guess it's because I was already a MMORPG veteran with…

Colin Johanson, Lead Content Developer for Guild Wars 2, asked this question on the ArenaNet Blog: If the success of a subscription-based MMO is measured by the number of people…

Beta weekend #2 for GW2 is coming to an end.Â  While playing this weekend I took note of a few things.Â  Some of this is WvW feedback that I'll probably…

Guild Wars 2's BWE2 is underway, but one issue in particular has hindered enjoyment for many.Â  Servers that are deemed too "full" are locked -- blocking people from choosing that…

Mike Ferguson updated the ArenaNet blog to explain how the Guild Wars 2 team has been working to improve the World vs. World (PvP) experience for the upcoming Beta Weekend Event #2 (tomorrow!).Â  Included are some fixes to issues I had with WvW like arrow towers needing shorter range, and longer cooldowns. The fixes to the chat system are also great in that they make a chat system work like one should.Â  Better chat channel functionality, chat bubbles, and UI improvements were posted two days ago as well.Â  I’m anxious to try out the changes to “a sense of hitting” — I thought the GW2 combat felt rather good compared to most games — to see what’s new.

While those little changes are good, and a real necessity, I’m mostly interested in performance improvements.Â  I have a system that falls somewhere in the ‘average’ range for bleeding edge gaming, and WvW is unpleasant when attacking or defending keeps because of frame rate issues.

I read on Reddit that the new dungeon is purely a “PvP dungeon” with no monsters.Â  I was thinking it was more like Darkness Falls, and I was totally wrong in that assumption.Â  The Mini-dungeon/Dark Room sounds more like an underground area to fight with a treasure chest acting as bait to get people down there skirmishing.Â  I was hoping for more.Â  That’s disappointing, but I’ll reserve judgment until I try it this weekend.

Last test, which was actually only a Monday stress test, I found a new love in the Elementalist.Â  Since I was so shocked by a class that I originally wrote off as ‘another mage’, I’ve decided to expand my horizons even further this time by playing the Ranger.Â  If you’d like to join me, and others from our forums, we’ll be on Ehmry Bay — a server that did alright for itself last beta weekend according to the BWE1 World Standings.