I am a little more than shocked that I am enjoying this classic DAOC server as much as I thought I would. A big part of that is the people… 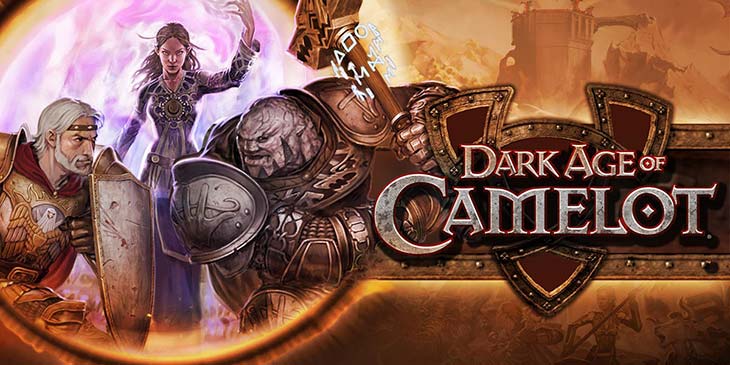 I had an awesome time tonight playing DAoC with some friends. I made a Skald, and the other two are a Shaman and Thane. We're playing on Uthgard in the…

I was having one of my regular MMO discussions with a friend yesterday when we brought up a subject that started to make a lot of sense. MMOs didn't used…

Over the past week I've done a lot of thinking back to older games I've played like DAoC, SWG, EQ, etc. Raph Koster's posts have been particularly enlightening since they…

In yesterday's post about Crowfall I mentioned long-term goals and driving factors for why players should care. What makes someone wake up at 3am to defend a relic? Why should…

I'm developing this idea of a Darkness Falls type dungeon based entirely around PvE factions instead of how player realms are doing in some PvP/RvR/AvA type system. Â First, I think…

Zenimax Online Studios released their roadmap for upcoming future changes to The Elder Scrolls Online. Â Graev and I are what you might consider 'regular' players. Â We put in 3-4 hours…

I finally made it into Cyradiil! Â After playing in the beta since November and having the best intentions every time to participate in PvP I can finally share my thoughts on what is being lauded as the closest thing to DAoC PvP we’ve seen in over a decade.

The very first thing I realized was that Cyradiil is really big. Â DAoC’s frontiers are still ginormous by comparison, but Cyradiil is already feels 4x the size of GW2’s WvW zone. Cyradiil can hold 2,000 people and from what I am told is optimized for 200 people on the screen at a time. Â I’ll vouch for what I experienced so far, which is probably only ~75 people, but it was 100% smooth.

Cyradiil is full of cities (mostly abandoned) with NPCs (both good and bad) and daily quests to complete. Â Graev and I spent what felt like 5 minutes running from one town to the next and didn’t come even remotely close to seeing another player or even a keep or objective to claim.

Teleporting around is a feature. Â You can portal between major objectives if you control a path connecting them. Â This introduces strategy associated with breaking the enemy’s ability to reinforce quickly. Â From only a few hours of play I can already tell you this is going to play a major role like it did in DAoC.Â  END_OF_DOCUMENT_TOKEN_TO_BE_REPLACED

Today's EverQuest Next Roundtable question asks: If a player sells an item to an NPC merchant, should other players be able to buy that item from the merchant? I say…