That title doesn’t really make any sense, but I figured we need to start being trendy and make puns out of our review titles. What I’m curious about is whether that sounds negative or not. A hole-in-one is a good thing but I imagine a hole in your fun is less desirable. Then again, it isn’t saying there is a hole in a one but rather that the hole was hit in one shot, right? So if you say hole-in-fun would that mean that they made it fun on the first try? If you read through this entire paragraph then I just wasted precious moments of your life. No refunds.

So I should probably clarify that I do think that the game is very fun. I haven’t played any of the previous Mario Golf titles but I have heard good things about them. Well, at least about the Camelot developed ones. I heard those had some RPG elements which sounds pretty cool to me. Camelot did make this game as well but from what I’ve seen there doÂ notÂ seem to be any RPG elements. Sounds like kind of a stupid thing to be disappointed over; not having RPG stuff in your golf game. Still, the game is very enjoyable. END_OF_DOCUMENT_TOKEN_TO_BE_REPLACED

Nintendo released their earnings report, and things aren't looking so hot. Â The Wii U didn't sell nearly (even close) to as many units as they projected, and even after lowering…

I have been bouncing around a lot of stuff lately and I believe I have covered some of it. Stuff like ESO and Age of Wonder 3. There are several…

Now forÂ the continuation of my Disney Magical World review.

There are four connected worlds that you can head out to explore. They are Cinderella, Alice in Wonderland, Aladdin, and Winnie the Pooh. They may not be called specifically that but you get the idea. Before you first set off to these worlds you are summoned by Yen Sid, the intense-looking sorcerer guy from Fantasia that I seriously think looks like Gowron, Chancellor of the Klingon Empire, but I won’t go there… Anyway, he tells you about ghosts and sets you up with your first wand. In other worlds you will play through several episodes that will have you fighting off ghosts. You can make yourself stronger in each world by crafting more powerful wands and adventure outfits from the components that you find there. These adventure levels are full of crafting materials, some of which can be on the rare side, and will require subsequent playing for gathering purposes.

The gameplay of these areas is rather simple. You have a main attack along with a magic attack that has a set number of uses. There’s also a dodge ability and you can charge your main attack up to make it stronger. Still, I find these episodes to be very enjoyable and they offer some great variety to the game. Some of them aren’t exactly easy either. You may get a ton of gems which can be used to heal and resurrect you but the more of them you keep for the end of the level the more treasure you obtain. So sometimes you will be trying to scrape by with half a heart left because you want your best chance of finding that stupid rare rock or whatever. Some worlds also offer some additional gameplay elements. Cinderella, for example, lets you attend Balls which play out in a rhythm game fashion. It doesn’t seem overly complex when compared to similar offerings but I’m bad at it all the same. END_OF_DOCUMENT_TOKEN_TO_BE_REPLACED 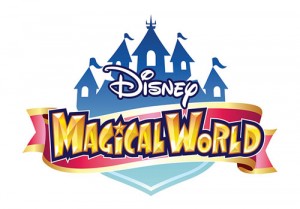 Well, pretty much anyway. Disney Magical World might be more like Animal Crosing -lite or Diet Animal Crossing but it makes up for this with several cool features that you can’t find in Animal Crossing. Like in AC, the game progresses in real time. However, unlike AC the time of day doesn’t affect very much. The only real significant things IÂ noticed are visual changes, shop item changes, and requests and whatnot changing out every 12 hours. The time of year does seem to play a part though given that right now in my game there are giant easter eggs and bunny outfits all over the place. I’m actually very excited to see what shows up around Halloween and Christmas but I can only hope the game can keep me interested that long.

What’s it like? What can you do in Disney Magical World?

Well, the game takes place in a small kingdom setting that consists of a main square with several connecting paths that lead off to shops, the castle, and other worlds.The main hub is full of normal people like yourself but is also spotted with various Disney characters from Mickey’s universe. So you will see characters like Mickey, Minnie, Donald, Daisy, Pluto, Goofy and several offshoot characters like Scrooge, HD&L, and Chip & Dale. Every now and then additional Disney characters might pop in as well.

As for spending your time, you can fish and pick various materials that regenerate over time and sell that at McDucks to earn some extra cash. The far better way to earn money seems to be running your Cafe that you acquire early in the game. When you are done with that you can head off to one of the four connected worlds to complete various special episodes. With all of the money and materials you rake in from all of these things, you can create tons of different outfits and furniture to furnish your cafe and room. I’ll further delve into some of these things below. END_OF_DOCUMENT_TOKEN_TO_BE_REPLACED

Yoshi's latest game is out, and it seems to be getting a lot of mixed reviews. I don't think Yoshi's New Island is nearly as bad as some people think… 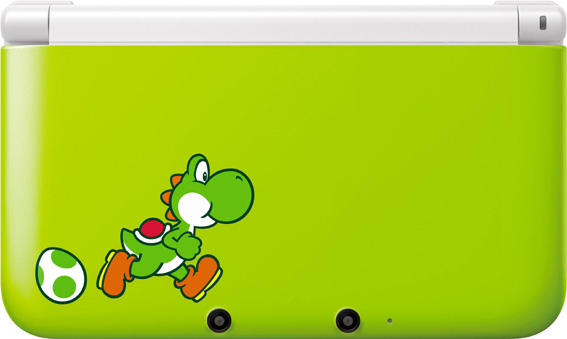 I like the 3DS a lot. It’sÂ  my favorite gaming device at the moment and probably has been for a while. Just recently I got a new special edition Yoshi 3DS XL and I love everything about it. Yoshi has always been one of my favorite characters in the Mario Universe, along with Bowser, so I was pretty excited to see the system announced around the time Yoshi’s NEW Island came out.

Plus, green is my favorite color so that’s a great bonus. That may sound curious since my Graev character has always worn a purple shirt but here is a fun fact: When the characters where originally conceived they were just made up, not based off us, and I had the dark hair, green shirt guy in mind. When I showed them to Keen he pointed to said character and said something like “Oh cool, that must be me!” and I was stuck with the the dumpy blond guy with the purple shirt. I’m not even sure I’ve mentioned that to Keen.

Anyway, back to the topic at hand.

Right now I’m actually working through Yoshi’s NEW Island and I will be doing a full write up on that soonish. Other than that I’m bouncing around in:

INAZUMA ELEVEN – A long time ago I heard about a game series that was like an RPG that played out in a soccer (football) game. I believe the games eventually made their way to Europe but they were never released in North America until recently. It was actually right after one of Nintendo’s more recent DIRECT broadcasts that they put the first game up on the eShop. I decided to give it a try since I heard a lot of good things about the game. The premise of the game is that you are a member of a soccer club at a school and you are trying to get your club up and running and your team put together.

The actual matches are played out in somewhat of a real-time strategy format. You have to use the touch screen to draw paths for your players to take and tap to have them pass or kick. It plays a lot like Blitzball from FFX, actually. When you come into contact with other players the game pauses you are given a choice of what to do to try and maintain, steal, or score a goal. Depending on your stats and who you are up against you will get different odds of success. Your players also get special abilities like powerful goal shots or ways to block shots if they are the goalie. If it sounds like I know nothing about soccer then you would be right, but I still find the game very enjoyable.

POKEMON BATTLE TROZEI – This one actually just hit the eShop today and I haven’t had a lot of time to check it out. Still, I love almost all things Pokemon and puzzle games. END_OF_DOCUMENT_TOKEN_TO_BE_REPLACED

This was a curious little title that showed up recently during a Nintendo direct. The concept is immediately interesting: You help run a weapons shop that rents out swords, axes,…

*NOTE* If you at all care about spoilers then you might not want to read this. I'm going to try and be as vague as possible but read at your…