Weâ€™ve had a rough go of things this past week. Our pup was diagnosed with bone cancer last month and given 6 months to live. Despite our best efforts to help with treatments and numerous doctor visits, the cancer spread aggressively and claimed our poor friend. I tell you this because I feel the need to justify why Iâ€™ve felt withdrawn from blogging, gaming, and everything else this past month (in addition to having traveled for work and being busy). Weâ€™re those weird animal people who consider animals family members, and love them as much as people â€” often more. Iâ€™m starting to come out of that hole, and glad games are here to help.

Iâ€™ve had some time to dabble in a few things. I want to briefly comment on them here in this conglomoblog then expound upon them in their own entries.

The long-awaited Nintendo Online service for the Switch is out now. I picked up the $20/year version. With it comes the ability to continue playing games online â€” a feature now restricted to the Online service â€” as well as an array of classic NES games on the Switchâ€™s version of the virtual console. There are also cloud saves and that phone app no one will use. I think itâ€™s a fairly limited program and the price is perhaps justified only by the virtual console.

Graev and I both picked up Super Party Party. Iâ€™m having fun playing solo and with my wife while waiting for Graev to finish playing Valkyrie Chronicles 4. Once he does, we plan to play online together. I think thatâ€™s ultimately where my biggest gripe with the game comes in… thereâ€™s no real online play, just mini-game shenanigans. Iâ€™m also really displeased with the control setup because you have to use a single Joycon to play. Yes, that means no handheld mode or pro controller, which are both the best control beauties of the console. Weâ€™ll write more Super Mario Party soon.

END_OF_DOCUMENT_TOKEN_TO_BE_REPLACED

I just got back from a business trip to Chicago. This was my second time in the Windy City. Thankfully, it wasnâ€™t so windy. The four days I was there were fairly mild â€” mostly 60â€™s and 70â€™s with 10-15mph wind. As a Southern California shorts-wearing flip-flop-card-carrying member, I did get chilly in the evenings when I would adventure out looking for food. Since Iâ€™m not really into the whole food scene or the city scene â€” especially at night in Chicago â€” I spent a lot of my time inside.

END_OF_DOCUMENT_TOKEN_TO_BE_REPLACED 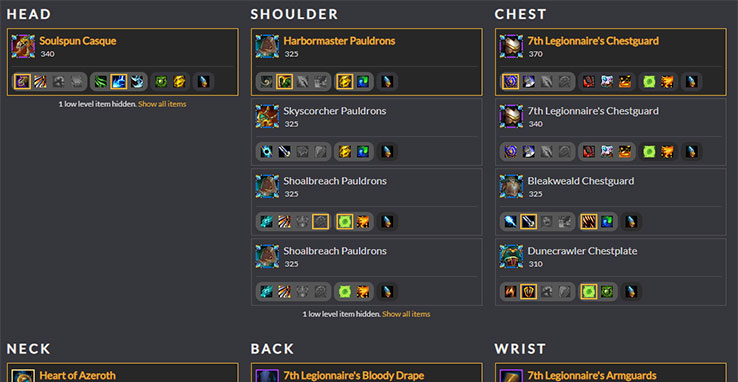