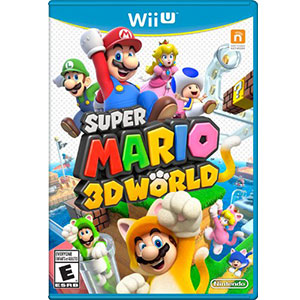 Our favorite Mario game in a very long while. The combination of two-dimensional and three-dimensional levels is brilliant and the platforming gameplay has never been better. And as if that wasn’t enough they decided to blow our minds and offer cooperative play for up to FOUR players! So lets break this down: Awesome graphics, Spectacular Mario Gameplay, Perfect level design, SAME SCREEN Co-op, and great new powerups like KITTY MARIO?! Where do we sign away our souls?

Adventure Time Explore the Dungeon BECAUSE I DON’T KNOW!

Not a game for everyone, but if you love Adventure Time and appreciate Roguelikes then you should really dig this game. Play as either Finn, Jake, Merceline The Vampire Queen (SPELL CHECK IT), or Cinamonbun (Hell yeah) alone or with up to four people, Delve into the depths of the randomly generated 100-level dungeon fighting classes series monsters and grabbing all the loot, subweapons, and tokens you can get. Equip your dudes with said tokens to gain new abilities and use your treasure to purchase upgrades. Just becareful not to die or you lose it all! We think the game is truly MATHEMATICAL!! Why…? Because… I DON’T KNOW! 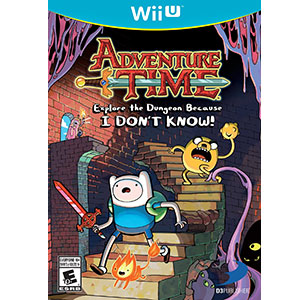 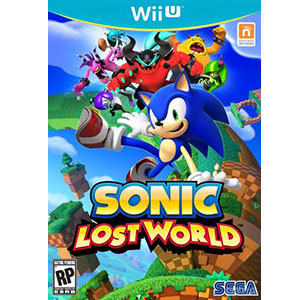 A game that has received a lot of unwarranted grief but one that we enjoy immensely. Sonic Lost Worlds immediately inspires feelings of Mario Galaxy with some of it’s levels feature similar planetoid designs. Along with those are some more traditional 3D levels and even some 2D gameplay as well. Speed through levels with awesome parkour moves, collect stuff, use color powers, etc. Whatever it take to defeat Sonic’s new threat: The Deadly SIX!

Somehow Nintendo made the best-looking Zelda game look EVEN BETTER. Now the game is in beautiful HD but that’s not where the story ends. Several new additions and tweaks make this the truly definitive version. Conducting with the Wind Waker is faster, a newly obtainable sail greatly increases your speed and ALWAYS sets the wind at your back. Navigating with the gamepad is a breeze and managing your items has never been easier. One of the best Zelda games has been made even better. Still not sold? Read our review! 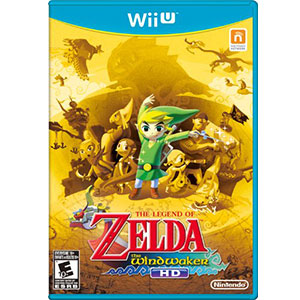 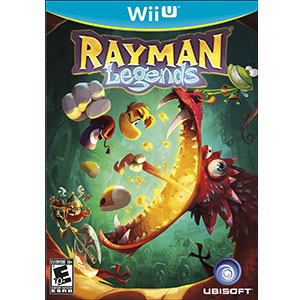 One of the greatest 2D platformers ever, not to mention an incredibly beautiful one at that. Rayman Legends offers fantastic, tight, and response platform gameplay that sets the standard for the genre. Play alone or with a friend and experience the awesome new asynchronous co-op levels. One player runs through the course while the guy with the gamepad moves platforms, pulls switches, cuts ropes, and does whatever else to keep his buddy alive. Or not, if that’s how you guys play.

A fascinating game that at first glance appears akin to Pikmin but is in fact an action hack’n’slash game like Bayonetta and Metal Gear Rising. You control a horde of heroes known as The Wonderful One-Hundred and fight the invading forces of evil by using the uniteforce power to merge together into giant weapons like a fist, sword, gun, hammer, and whip. What seems simplistic from the outside is in reality quite a deep and interesting combat system that will take true skill to master. All of this is presented in a wonderfully cheesey manner that is akin to something like Thunderbirds. It’s magnificent. 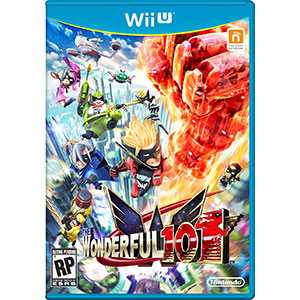 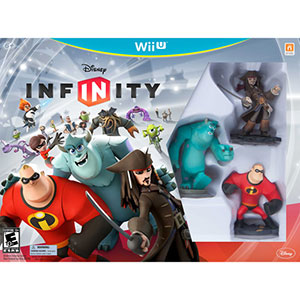 The first big competition for Skylanders and it definitely threw the gauntlet down. There is so much to be said about the game. The core package features 3 fantastic adventures: The Incredibles, Monster’s Inc, and Pirates of the Carribean. The latter which is a truly mind-blowing experience. Each adventure is roughly 6-8 hours long or more but where the game really shines is with the Toy Box Mode. Akin to something like the Warcraft/Starcraft map editor, it lets you create your own world using various assets that you can unlock with random spins or with things you find in the story adventures. There are also several expansions which you can read about here.

Back to the Holiday Buyer’s Guide