The holiday shopping season is once again upon us! We are continuing our tradition of posting a Holiday Buyer’s Guide. Every item on our Holiday Buyer’s Guide is not only something we already own, but something we truly recommend and give our seal of approval. That’s what makes our guide unique, and hopefully useful to our readers. If you have any questions, please ask us and we’ll do our best to point you in the right direction towards the perfect holiday gift.

Find our entire Holiday Buyer’s Guide 2012 after the break, and please share your picks for the top gifts this season in the comments! 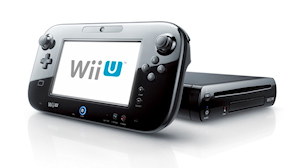 The Wii U just launched, but we’ve been working hard to play and review as many games as possible. We highly recommend the Wii U, and will detail more in our upcoming review of the console itself. If you can somehow get your hands on a Deluxe Set it is completely worth it for the additional storage space and copy of Nintendo Land.

The Super Mario ‘World’ feel is finally back in Mario’s first adventure on the Wii U. New Super Mario Bros. U shines in glorious HD graphics for the first time, and offers multiplayer that will keep you laughing and cursing at each other for stealing new power ups all day long. We feel the difficulty is just high enough to challenge veterans, but forgiving enough (especially with the new help tools) to guide new players towards the fun.

Utilizing the new GamePad will allow one player to take on the role of a booster who can place platforms, slow enemies, and assist the player to the finish. This is a fantastic way for parents to get involved with kids, or to find new an innovative ways to quickly speed through levels.

Check out our New Super Mario Bros. U review where we gave the game a 4.5/5!

Maxwell is back once again with his magic notebook. This time he has a backstory and a reason for progressing through the 40 levels and relatively open side-scrolling world. The goal of the game is to gather Starite to free your sister of a curse she is suffering all because you were a naughty little prankster.

The goal of the game is simple: Travel around levels solving people’s problems and performing general problem-solving tactics to obtain pieces of Starite. To accomplish this task, you have your magic notebook — cleverly integrated into the Wii U GamePad. If you have never played a Scribblenauts game before, the gist of it is you can write almost anything that isn’t a proper noun and it will appear in the game. For example, if I see a bug I have to kill I can write “fly swatter”, but it’s a lot more fun to write “gigantic fire-breathing plant” and have my horrific creation take care of the problem — although I may want to include “Friendly” as to not kill myself.

Scribblenauts Unlimited is fun, whimsical, and a real playground of adventures. The fun isn’t in playing the game to beat it, but seeing how creative you can be. And for the first time ever, friends can join in the fun via multiplayer and take control of your creations.

Our Scribblenauts Unlimited review is currently in progress.

Despite the incremental development we’ve seen from the Call of Duty franchise over the years, every once in a while it’s not a bad idea to check back in and see how things are progressing. We skipped Modern Warfare 3, but decided to dive back in and give Black ops 2 a try. We’re glad we did.

Black Ops 2 doesn’t disappoint with the polished gun-play we expect from CoD. The multiplayer levels are much better than those found in the original Blops, and there’s a mode for just about everyone. The perk system has been overhauled to provide a much more balanced experience, and killstreaks have been replaced by scorestreaks in an effort to get people playing for objectives instead of just kills.

Note: Xbox 360 has the most people playing online, and the PC crowd is excellent as well.

XCOM: Enemy Unknown is a turn-based tactical strategy game with sim elements. The gameplay is carried out in missions launched from a static base of operations where the player is in charge of managing resources and upgrades. During these missions you rank up your units, stop enemies from destroying objectives, capture aliens to bring back for interrogation, and obtain tech.

XCOM really requires a lot of thinking. Utilizing elevation, cover, aim stats, and getting the most out of your turn is really important — especially on higher difficulties. Gameplay changes depending on the units you are using as well.

Fans of the XCOM series will enjoy this modernization of the series, and the strategy-minded gamer can find many hours of enjoyment.

We have an impressions post for a deeper look at XCOM: Enemy Unknown.

We squeezed every last hour of enjoyment possible out of Borderlands 2. We beat our first playhthrough in just over 60 hours, then went through on NG+ and added another 60. The gameplay itself is a quasi-RPG FPS. The goal is to play through the story while developing your character and, most importantly, finding loot. Character development is done by leveling up and allocating talents into trees which allow you to play, ideally, three different ways. Loot is abundant. Like most action RPG’s, loot spews forth from every monster killed and it’s up to you to identify what is an upgrade.

Brutally difficult on higher levels, it can be a great idea to bring along a friend. Co-op works flawlessly — that’s how we played over 120 hours together via Xbox live.

We also -highly- recommend the ‘Captain Scarlett and her Pirateâ€™s Booty’ DLC which adds another 20 hours of play, lots more quests, and an area to the game that is even better than any area in the original content.

Dishonored is a first-person stealth action game reminiscent of Thief, and somewhat of Half-Life 2. There’s also a Bioshock feel with special powers like plagues of rats.

You go through levels with open-ended objectives, having multiple ways to complete them. You’re an assassin of sorts, seeking revenge on your marks. During the course of the game you can choose to make legal or illegal decisions to accomplish these goals, and your decisions weigh in on the direction the game takes. 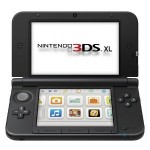 Last year we highly recommended the Nintendo 3DS to our readers. In fact, we love the 3DS so much we wrote a 3DS Starter’s Guide that is still very applicable today.

Now the Nintendo 3DS XL is out, and it’s bigger and better than ever. The size makes holding it much more comfortable, and the screens are larger to further enhance your enjoyment. We definitely recommend having one for any dedicated 3DS gamer. 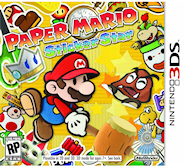 Paper Mario: Sticker Star is a step back in the right direction, especially after Super Paper Mario. The RPG mechanics are gone — no leveling up — but the combat system has gone back to the turn-based combat system of previous games. Instead of equipping badges, you use stickers which are essentially disposable 1 use badges — attacks, etc.

Despite being on the fence at first, the game turned out to be a ton better than expected. 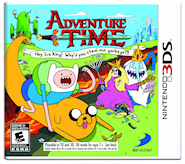 You might have to be a fan of the series to truly enjoy Adventure Time because it captures the aesthetic and brings. If not a fan, you may not get a lot out of it. It’s very reminiscent of Zelda 2 because you walk around on an over-world and you can get attacked randomly by enemies who appear as a shadow — they event look like the enemies on Zelda 2 — and you enter into a battle screen.

The entire game plays out like an episode of Adventure Time, and fans of the series wouldn’t have the game play any other way. 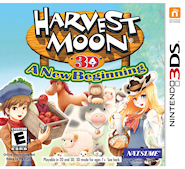 If you’ve played one Harvest Moon, you already know the gist of A New Beginning. Although saying it’s a farming simulator is understading things quite a bit, it is essentially a game about planting and harvesting crops. However, A New Beginning does a lot of amazing things with customization that make the game a ton of fun.

Players can design the layout of the town and their farm, giving it an extra personal touch. In this harvest moon there are also many additional types of animals — even Alpacas!

Multiplayer allows players to trade items, and bring animals between local and online play via the new Nintendo Network. If you’re a fan of Harvest Moon, A New Beginning is a must buy.

Most of us will agree that Cataclysm was an awful expansion. Mists of Pandaria, however, does a lot to correct the mistakes Blizzard made in their previous World of WarCraft expansion.

Coming up in the 5.1 patch is the ability to upgrade gear using Valor points. This gives players a reason to continue playing regular content, and provides a way to continually improve.

Daily quests are prolific, but the Tillers are an enjoyable Harvest Moon style of quest — and much of the items are actually worth obtaining in many of the dailies.

Having played through much of the content already, Mists of Pandaria has definitely proven itself to be worth the investment. 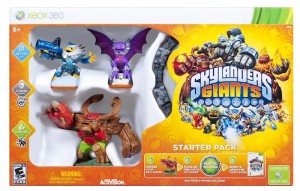 Skylanders is a toy/video game hybrid. You place little figures on a portal and they transport into your game. They level up, gain new powers and abilities, collect hats, complete challenges, etc. When you lift your figure up from the portal it retains all of its info so if you go over to a friendâ€™s house you can just place your figure on a friendâ€™s portal and jump right in to co-op or versus battles with your own character.

Skylanders Giants is a completely new version of the game, but allows you to bring in and play your Skylanders from the original. The Giants themselves are extremely neat to play with, stomping around and smashing baddies.

We enjoy the game, but recognize it does not do a whole lot to differentiate itself from the original. If you loved the first, you’ll love Giants. If you were only mildly impressed, then consider skipping this rather expensive hobby. Nevertheless, it’s sure to excite kids and man-children the same! 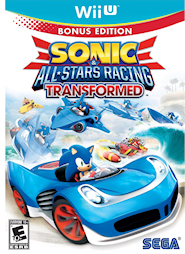 All of the awesome features introduced by Nintendo to the Mario Kart franchise have been shamelessly taken and improved upon. Flying is completely free-form, boats drive on the water, and cars completely transform to meet the needs of the track. Compared to Mario Kart where these transformations didn’t mean a whole lot, in Sonic Racing the changes are drastic and knowing how to drive/pilot in every scenario is important.

There are several challenges during the campaign that make the game more than an arcade racer, and there is local and online multiplayer as well.

The Wii U version (which we own) allows one player to use the GamePad as their own screen, givng the second player the entire TV without needing to split-screen. We think this is a great feature.

We will continue to update our Holiday Buyer’s Guide throughout the shopping season!