The Holiday season is upon us already in 2011!Â  We’ve decided to revive our Holiday Buyer’s Guide since there are just so many great titles and products available this year.Â  We’ve listed our favorite games and gadgets below for you to read about. Everything on this list is here because we have personally bought them, played them, and recommended them — if it’s not on the list, we don’t recommend it!Â  You’ll find links to our reviews, impressions, video footage, and a quick synopsis of each title.

If you have any questions about an item in our Holiday Buyer’s Guide, don’t hesitate to ask!

NOTE: We will be updating this guide with our thoughts on newly released titles.Â  Consider it a constant work in progress.

SWTOR is a themepark through and through.Â  If you hate WoW for the kind of game that it is, donâ€™t bother with SWTOR; however, if you simply hate WoW because itâ€™s cool to hate WoW or youâ€™re simply tired of playing in Azeroth, then you might want to give SWTOR a chance.

Skyrim is 10/10 greatness.Â  The world, the story, and the tried and true method Bethesda employs to create a dynamic, open world experience are all top notch.Â  We’ve both put in countless hours already and have each taken a different approach to the game.

Keen is playing on the PC as a heavy-armor wearing Nord with axe and shield.Â  Interestingly, he has chosen to use the Xbox 360 controller with the PC version and it integrates automatically.

Graev is on the Xbox 360 wielding spells as a pure mage.

We both highly recommend the game for both Xbox 360 and PC!Â  We’ll link to more in-depth thoughts as we progress further into the game.

The Legend of Zelda: Skyward Sword

Skyward Sword thoughts are coming soon!Â  We’ve tried enough to recommend it for our buyer’s guide. 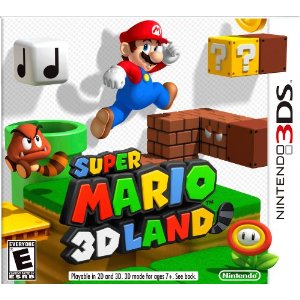 Graev is working his way through Mario 3D and loving it!Â  It just came out yesterday (11/13) and we had to add it right away.Â  If you don’t own a 3DS, this is yet another reason to buy one.

Currently playing through Uncharted 3.Â  Will update with impressions soon!Â  All that I’ll say now is that I definitely recommend it.

War in the North

is a hack n slash loot fest made by the creators of Champions of Norrath and Baldur’s Gate Dark Alliance.Â  We absolutely love the work that Snowblind Studios puts into their games.Â  Hack n slash dungeon crawlers aren’t for everyone, but if they happen to be what you love then this is one to buy.

The storyline runs parallel with the movies, but you do not play any of the familiar characters.Â  War in the North tells a story previous untold — one with a lot of action.

You can find more of our thoughts and video of gameplay streamed live by us here.

This very affordable game is available only by download, which might not be ideal for gifting.Â  However, Dungeon Defenders is a highly addictive game.Â  You take control of one of four characters each with unique and distinctive abilities.Â  The goal is to stop waves of enemies from reaching and destroying your crystal.

The customization is great for this type of game.Â  Items with unique/random stats drop, you gain levels and can customize where you spend points, and you can even choose which towers or abilities to make stronger.

Playing with friends is key.Â  We’ve played all our levels in full 4-player games and often did not even realized the number of hours that just blew past us.

is fantastic.Â  It’s everything that Arkham Asylum was, but on a much bigger and better scale.Â  There are way more villains to interact with.Â  The areas are large and sprawling.Â  The boss fights are better. And there are some cool new gadgets too.

They kept everything that was good about the first game, improved upon it, and added even more. There’s a lot of content available, and tons of collectibles scattered around the city, not to mention, several challenge maps and a new game plus mode.

We have video footage available here.

One of the best graphical presentations on the Xbox 360 (the version we played), Rage

Rage is pretty story driven.Â  It feels open but the game is more linear than, for example, Fallout.Â  There’s plenty of quests to go on and fun thing to do like drive vehicles and shoot hordes of bad guys.Â  We highly recommend it.

Skylanders: Spyro’s AdventureÂ  Starter Pack – Xbox 360, Wii, Playstation, 3DS, PC (Note: All Skylanders are compatible with all platforms!Â  Play on your Wii and bring it to your friends house who owns a 360 and your Skylanders will sync right up.)

Whether you’re a kid or simply a kid at heart, Skylanders offers a brand new way of enjoying toys and video games together. Summon your Skylander, an action figure toy, into your video game and watch him come to life. Use all of your Skylanders to solve puzzles, beat bad guys, and work through the campaign.Â  The Skylanders Starter Pack has everything you need to begin your adventure.Â  You can see watch us play Skylanders and read more right here on our blog.

on the PC for several reasons: (1) Bigger maps, up to 64 players with more vehicles; (2) Higher quality graphics, and (3) Dedicated Servers with a web-browser based server selection screen.

The ‘Back to Karkand’ map pack, just announced to come out in December, adds the most popular maps from the Battlefield series.

Dark Souls is solid for both PS3 and 360, but we recommend the PS3 version because there are more people playing.

Dark Souls is praised for its down to earth difficulty as an Action-RPG. This is the spiritual successor to Demon’s Souls

in every way. If you liked Demon Souls, you’ll like Dark Souls.

Gears 3 is no different than its predecessors. Continuing with the story of Marcus and Dom, Gears 3 provides plenty of fresh ways to enjoy an already very familiar gameplay model.

The gameplay feels smoother, the graphics are much sharper, and the new guns are amazing!

The story is definitely one of the best told yet and we both highly recommend Gears 3 as a solo or co-op title. It plays really well online-coop and Couch-coop.

Space Marine is a third-person action-rpg set in the famous 40k universe.Â  Using the same engine as the Dawn of War series, Warhammer 40,000: Space Marine

The combat is truly what makes Space Marine fun.Â  It’s all about slaughtering Orks with melee attacks and cool weapons — and when we say Orks we mean TONS of Orks!.Â  The singleplayer campaign is well done and kept us interested the whole way through.

They donâ€™t make many games like Deus Ex: Human Revolution

anymore.Â  Chances are this is the best Deux Ex game weâ€™re going to get from this day and age based on how games are developed now.Â  Play the originals and youâ€™ll notice the differences.Â  If youâ€™ve played the other Deux games youâ€™ll find a reason to enjoy Human Revolution.

There are several different ways that you can go about playing levels: guns blazing and sneaking, for example.Â Â  My first play-through I went non-lethal as best I could but now Iâ€™m playing through a second time going rambo and much as I can on top of being a â€˜jerkâ€™ at every opportunity.

This shooter laced with RPG elements is one I highly recommend.Â  -Graev 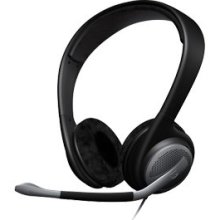 You can read our full review as well as find a price comparison here.

If you’re like Graev, you prefer the feel of the Xbox 360 controller over mouse and keyboard. The Razer Onza tournament edition

controller works with Windows and integrates flawlessly into Battlefield 3, other shooters, and even MMORPGs on the PC.

The Razer Onza Tournament edition joysticks can be adjusted to add more resistance and has buttons that can be programmed however you like.Â  The Razer Onza is also one of the higher quality controllers you’ll buy for the Xbox 360 console. (Comes in regular, as pictured, as well as Dragon Age 2 and BF3 skins) 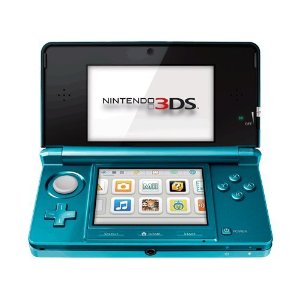 Both of us bought a 3DS when they first came out.Â  For a few months there weren’t too many reasons to own one.Â  However, with the release of Ocarina of Time, Star Fox 3D, and now Super Mario 3D Land, owning a 3DS is a no-brainer.

The 3DS’ version of the virtual store sells many fantastic games from the past and is frequently updated with no titles.

Below are games that we have not tried.Â  However, we have done enough research to know that we want them once we scrounge up enough money.

We enjoy the Saint’s Row way more than Grand Theft Auto.Â  They’re more zany and have kept the ‘fun’ at the forefront of the crazy gameplay.

The Kinect is really hit and miss … well, mostly miss … with games, but Kinect Disneyland Adventures looks like a fantastic use of the devices.Â  You get to walk around the park and see all of the attractions as if you were in the park.Â  We grew up only 30 minutes from Disneyland (and live closer now) so the park has always been a part of our childhood.Â  We both have memories of getting signatures from the characters, eating at the restaurants, and riding the rides.

From what it looks like in all the videos, it’s like doing it all from your living room.

When we first saw Disney Universe we thought it looked a lot like Little Big Planet.Â  You control these little kid-like creatures dressed up as Disney characters while romping around and solving puzzles and beating bad guys.

We saw Rayman Origins at E3 this year and both thought it was the best game shown.Â  It looks like Donkey Kong style platforming.Â  These types of games really shine as couch-coop adventures and, from what the reviews say, Rayman looks to be like great platforming fun.