So, apparently Allods Online is releasing a Russian subscription only server.Â  No cash shop, no pay to win, no ridiculous design choices to force you into paying inordinate amounts of…

One of my favorite things about having a blog is how often I'm forced to think about what I want in MMORPGs.Â  Do you ever stop and think what would…

Another year has come and gone.Â  As I reflect on a year of blogging, gaming, and industry events, I’m full of mixed emotions.Â  Let’s take a walk down memory lane.

We had more traffic this year than ever before!Â  We started blogging in February 2007 meaning we’re almost six years old.Â  I’m extremely proud that last year we grew our daily readership by 53%.Â  That’s insane!Â  I can’t believe so many more people now visit us daily compared to the start of 2011.Â  We didn’t hype any major MMO releases, come up with any new phrases adopted by the industry, or receive any magical exclusives to drive traffic.Â Â  I think the biggest increases came from two blog posts that were done simply to help people:

Each of the above brought in hundreds of thousands of people.Â  Maybe this means we should go into tech support instead of musing about games all day?

I’m always fascinated by how I wrote during the year.Â  Some years I’m hyped up, others I’m negative.Â  Some years I feel full of ideas and inspired to share my thoughts on how games should be made, and others I just analyze what’s happening.Â  This year was really ‘matter of fact’.Â  I commented a lot on the state of things.Â  Although this isn’t my favorite style (I prefer sharing ideas I have for how games can be made) it was needed, and fit the events of 2012.

‘Sandbox vs. Themepark’ and ‘Old school vs. A New Trope’ were extremely hot topics that came up in some form every month.Â  I didn’t debate F2P as much as I did in 2011 because that topic took a back seat to analyzing why games are 3 monthers, or why MMOs die.Â Â  I think we really dug into what MMOs are doing to deserve their classification, and discovered together what makes them fail and succeed.Â  I’ve had a wonderful time learning from what you have to say in the comments.Â  Keep it up!

Check out more of my 2012 in review including my year-end thoughts on specific MMO’s after the break. END_OF_DOCUMENT_TOKEN_TO_BE_REPLACED

Every year around this time I like to toss my prophetic predictions into the mix of what the coming year will hold for the gaming industry.Â  Last year's predictions kicked…

http://youtu.be/KxJTsq2XeKY?hd=1 We're finally getting a better look at how Elder Scrolls Online plays.Â  In the video above, we're given a glimpse at some combat, PvE, PvP, and a vague description…

In this last look at my tour of Rift: Storm Legion, I want to outline some of the details I gleaned about the world, souls, and overall Rift experience from Community Manager James “Elrar” Nichols.

Changes to the World

Storm Legion adds two new continents and a new capital city.Â  According to James, each of the new continents are bigger than the original game world.Â  That means the new areas roughly triple the size of the world. There are two starting locations — one on each continent — and a different experience can be found playing through each of the continents.Â  Brevane is all about discovering what is going on, figuring out the mystery, and exploring.Â  Dusken throws the player into the middle of a war.Â  James emphasized that players can find a unique experience on each of the continents, allowing for additional playthroughs without repeating content.

Quest Hubs are story-driven locations.Â  The team wants to get away from having a player go to a camp and pick up a ton of kill quests.Â  Now the kill quests are available in a slightly more organic way.Â  If a bear is slain it can offer a quest to kill more bears.Â  You can then turn that quest in to an NPC.Â  I was reminded of the “bears bears bears” Paul Barnett line back from the WAR hype days.Â Â  So like I said, quest hubs are for the story aspects whether for you personally or for the zone.

Read more after the break for my impressions of Rift: Storm Legion. END_OF_DOCUMENT_TOKEN_TO_BE_REPLACED 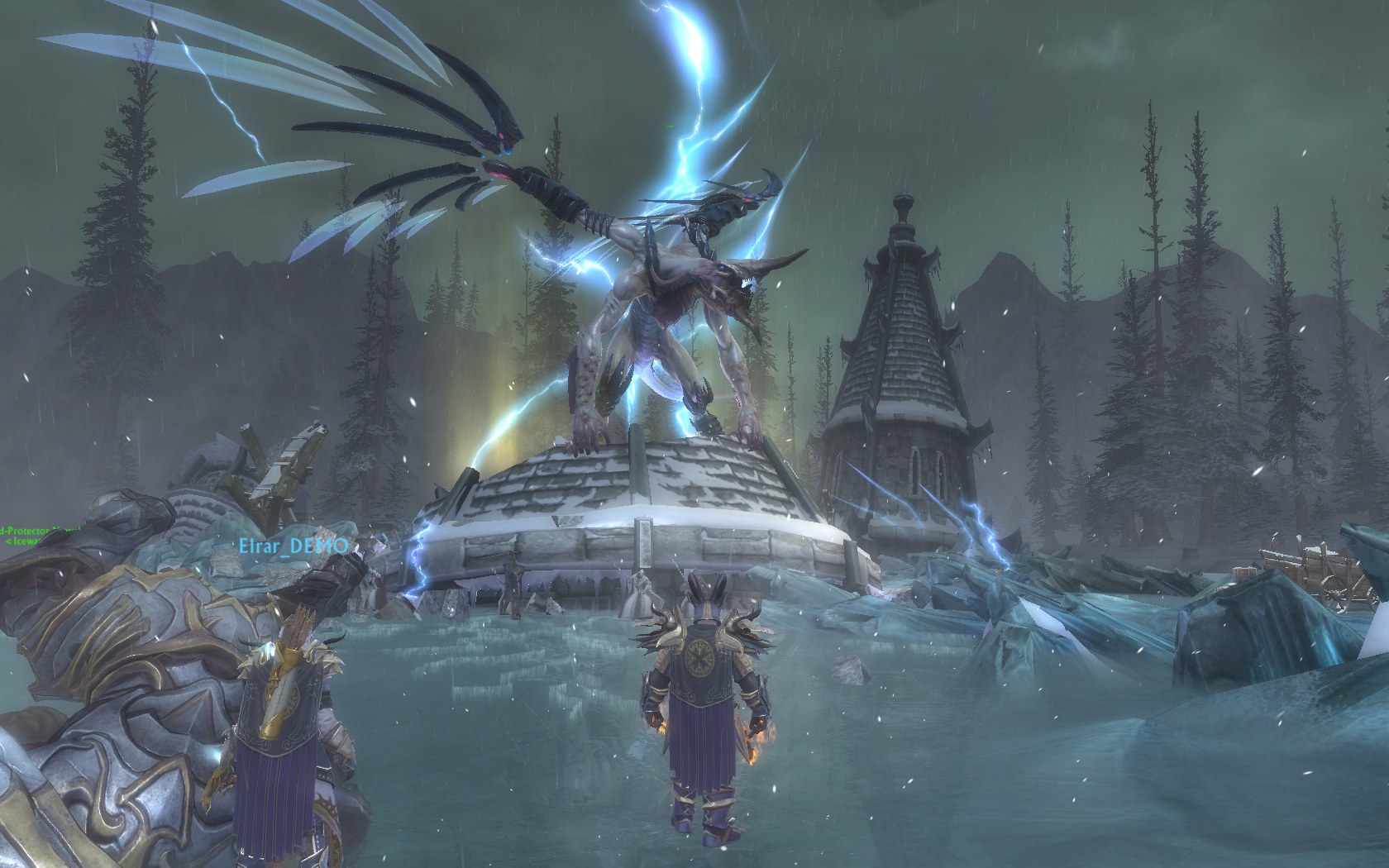 END_OF_DOCUMENT_TOKEN_TO_BE_REPLACED

Levels should be removed from World of WarCraft entirely.Â  They serve very little purpose.Â  I'm not talking about removing content, or removing zones, or removing anything in the game except…

"We notice you're outnumbered 4 to 1 in World vs. World.Â  Please enjoy this magic find buff while you die." I had to laugh tonight when I saw this buff.Â …

As I mentioned the other day while discussing the 3-monther, Blizzard did exactly what they needed to do with World of Warcraft back in 2004: Make something unique that addresses…