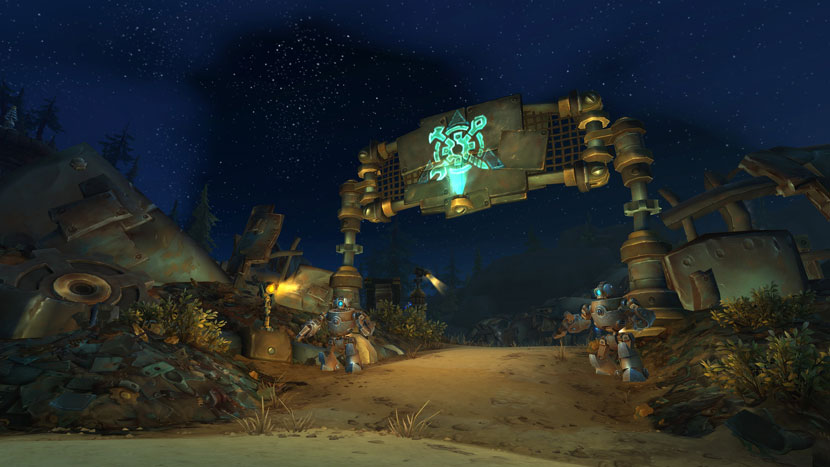 Patch 8.2 for Battle for Azeroth brings a massive amount of content. From what I've gathered, 8.2 more than doubles the content available to us on a daily basis -- our "to-do" list, so to speak.

WoWhead and MMO-Champion both do a great job aggregating all the data. I suggest you look there for specifics and the details. What I'm sharing with you today is the opinion (my opinion) on how this impacts a player like me, and my overall thoughts on what's coming. 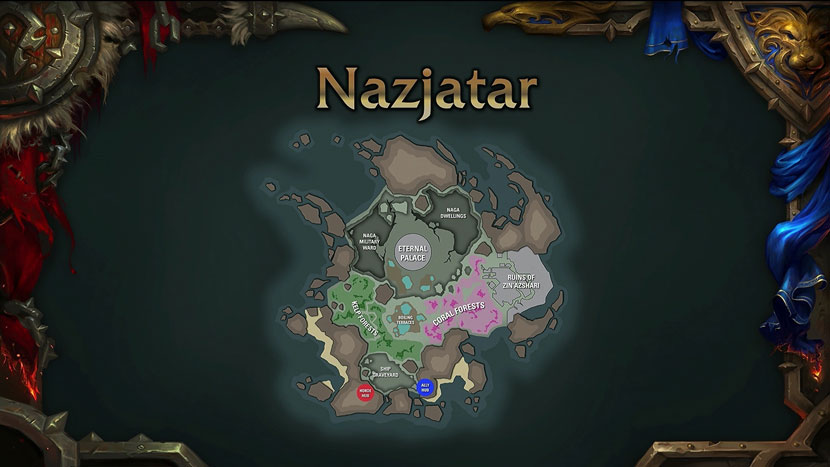 This is exciting stuff because we haven't had a new zone in the game yet since the launch of BFA. Nazajatar appears to be almost continent-like in its presentation. There are several sub-areas and thematic events happening. The zone will evolve as the story progresses, which I think is nice. I always tend to like the subsequent zone releases in a WoW expansion more than the original ones.

I like how this zone is bringing new 'things to do' like making friends with NPC followers. This reminds me of the Pandaria tillers stuff with the friendship bar. These allies can go out and help you for the day and have special abilities like finding treasure, etc. That's pretty neat.

The addition of contested areas like PvP towers don't mean a whole lot to me. I do not turn on warmode except while leveling. My stance against rewarding players for turning on PvP in a PvE game still stands to this day.

Nazjatar's overall aesthetic is cool. It's supposed to created this sense of being underwater without that terrible feeling of being... underwater. While I generally dislike Naga, I think this zone will have some fun themes. 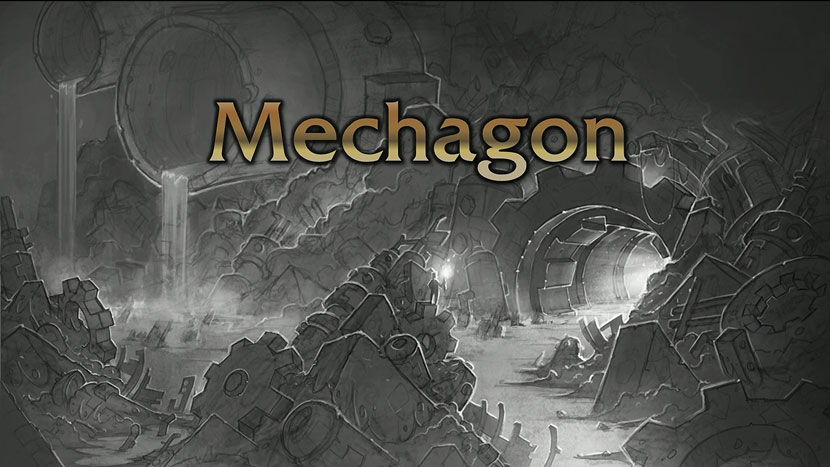 Here's where things really get interesting for me. I'm a huuuuuge Gnome fan. Mechagon is a new zone being added with its entrance in that scrapyard area of Tiragarde Sound. It's the capital of a subspecies of gnomes called Mechagnomes.

One of the themes in this zone is gathering various parts (crafting materials) to create mechanical rewards. In fact, the first goal is to actually help build a city that will then offer subsequent building projects. So this will be a cool mechanic where we build rewards like mounts and things.

Mechagon, and I think Nazjatar as well, can experienced at your own pace. There doesn't appear to be much timegating, but that probably means there's going to be a lot of grinding. I think I'm okay with that. 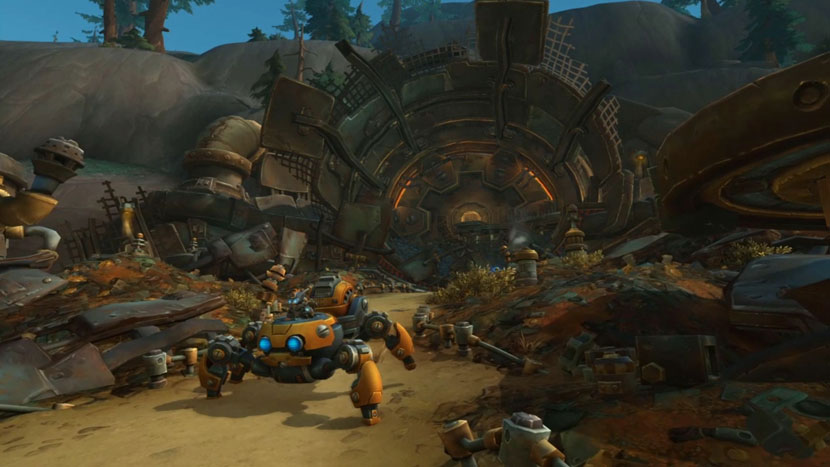 Ally characters will also be utilized in Mechagon as well. These characters will change the gameplay of the zone since each of them will provide a different set of dailies. I like that this will also tie into what spawns in the zone.

Lastly, the zone will also give you a reason to keep playing and fighting enemies even after your daily quests and objectives are over. This is very old school compared to the WoW daily model. If I want to keep grinding for parts, then I can. I like that. 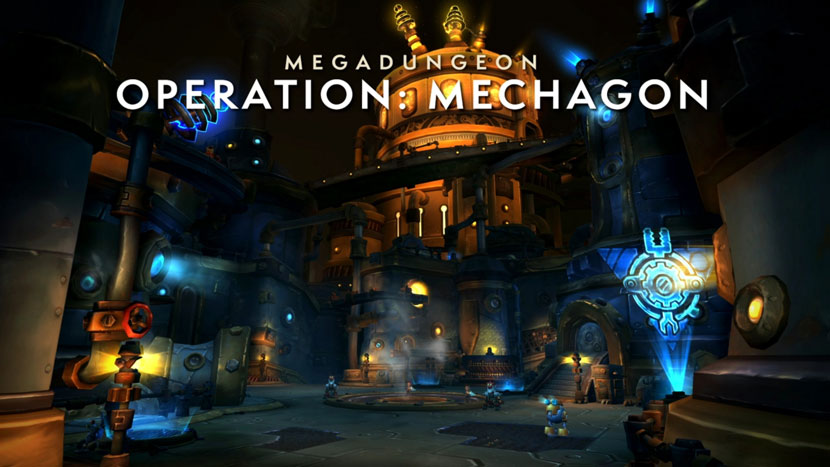 I'm passionate about dungeons -- raids not as much. Having dungeons to run with a group are (once again) why I'm still playing 8 months after the release of BFA. Mega dungeons (like Karazan from Legion) provide an added challenge with added rewards for a smaller group of players.

Loot dropping here should be somewhere in the normal to heroic Azshara raid range. Again, I'm a huge fan of loot options. If I can gear up in dungeons, I'm all for it.

The loot will also be fairly different. A lot of the loot will be "if this happens, then that happens". The way I understand it, you can mix and match the "if this then that" loot for different encounters.

Mechagon itself features a variety of gameplay, from a gauntlet to stealth, and even lots of projectile dodging. It'll be a fun place to run each week. 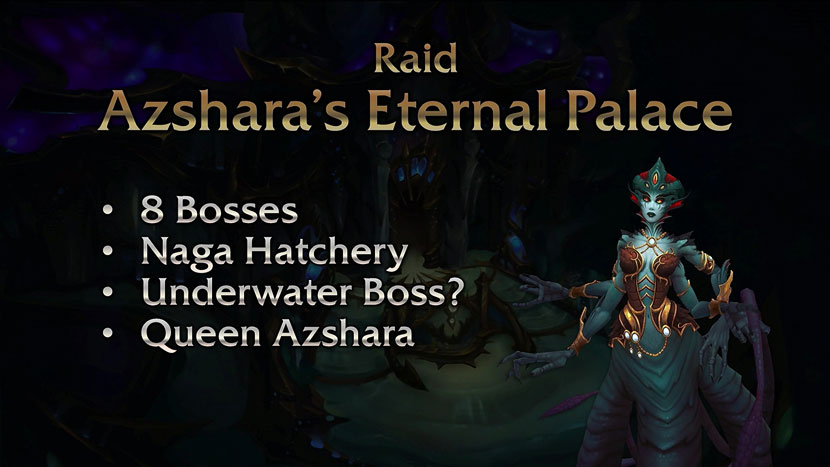 I have completed each of the main raids so far on normal and heroic, and I'm working on Crucible. Uldir was pretty bad. I didn't like the setting or the story there. I think Battle for Dazar'alor was a decent transition raid that tries to bridge the story. So far none of the raids have felt at all like they're actually a big part of this expansion's main story.

Azshara's Palace will hopefully solve the story issue for me. Queen Azshara is a major player in the lore, and what's happening with N'zoth and how Sylvanas plays into this will hopefully be quite telling. I haven't a clue what to expect for gameplay yet. Both BoD and Uldir mechanics were boring.

This wouldn't be a halfway-point in the expansion without adding new reps to grind. As usual, these reps will tie heavily into everything from advancement in the new zones to unlocking flying.

There's a rep for each of the new zones, and I'm sure it'll be one heck of a grind. I'm betting a solid 2-3 weeks minimum to unlock flying.

I don't love rep grinds where I feel like I'm only playing to increase my rep.  When it happens organically because I'm heavily invested in all sorts of other rewarding activities... fine, that disguises the grind a little. But having to straight farm the rep -- especially if timegated behind activities -- sucks. I hope that part of the openness of the new zones also allows for this grinding to happen at an accererated rate if we so desire. Having to log in every day just to keep up with the grind bothers me -- a lot.

I think that's enough for today. Lots of content coming. Lots of stuff to grind. Lots of neat and even new ways to be rewarded with loot, mounts, pets, and other goodies. This themepark model works for me, so keep it coming.