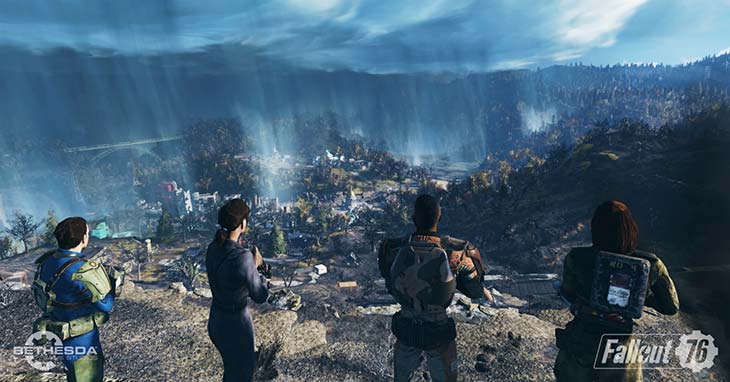 Fallout 76 snuck up on me. Just the other day Graev texts asking if we're going to play the Fallout 76 beta for pre-ordering and I was shocked to realize it's already coming out this month... like in two weeks.

I can't bring myself to pre-order the game.

My first and biggest reason to wait is that I still have no idea what it is. What kind of game is Fallous 76?

I'm watching streams, youtube videos, etc., and I can't figure out what I'm looking at. It's not Fallout meets Rust DayZ, or PuBG. At least not from what I can see. It's also not a typical Fallout game with multiplayer.

I've seen Bethesda call it a "Base Game" yet I haven't seen or heard or read anything about the bases and how they really work (other than if you log out and switch servers and someone else's base is where you built yours then yours will be moved).

From what I'm watching, it looks like a micro-adventure in the Fallout universe. In essence, it's what the official site says: "A new and unique Fallout adventure."  Combined with what I've seen so far, it's a short PvE game with some base mechanics

Would someone explain this game to me so that I can cross this first reason off the list?

Yikes. I'll wait. I have a massive backlog and multiple games coming out this month. I'm good.