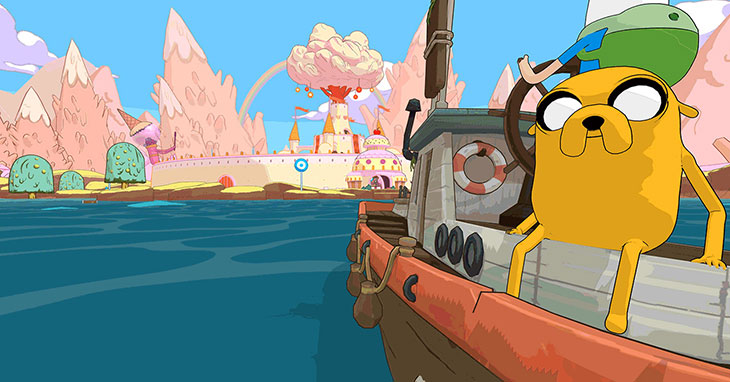 The newest Adventure Time game came out yesterday (for PC / PS4 / Xbox One / Switch). For the most part, the Adventure Time series hasn't yielded the greatest games. There was that roguelike a few years back that Graev and I enjoyed playing together, but mostly it's lots of crap.

We haven't actually tried Pirates of the Enchiridion yet. I think Graev will pick it up, and I might based on his recommendation.

Looks pretty good compared to past AT games. The claim of an open-world is debatable. I was watching 10 minutes of gameplay and it looked more quasi-open-world. You sail between the kingdoms, but the world isn't truly open.

The combat is turn-based. I don't have anything against turn-based combat, but to me an open-world RPG would have real-time combat. At least that's what I'd loveto see from the series.

The main reason I wanted to post about this (other than to see if any of you have checked it out yet) is to toss in my vote for a true open-world sandbox RPG experience. Imagine an Adventure Time in an Elder Scrolls/Skrim-like world where you roam around doing side quests, following a main story, and advancing your Jake and Finn characters in whatever RPG-like setting they're in. Wouldn't that be cool?