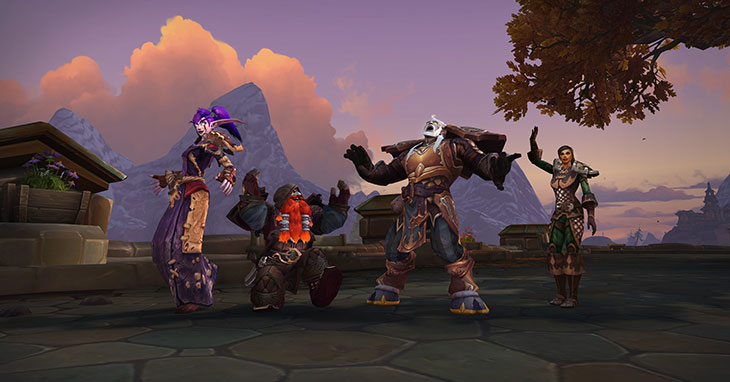 The official WoW site has a good article up about Communities and Guilds today. Guilds are what we all know already and aren't changing much. Guilds will still be for the hardcore raiders and people wanting to get their achievements tied to the guild. I don't expect much will change for the mythic raiding scene.

For the rest of us, we have a few more tools to utilize.

There's a new window to add communities and "Blizzard Groups" (which are basically just chat features for cross-game friends. This window will also allow you to join a community if you have the access code. This is nearly identical to the Discord system.

Communities are still same-faction only, as well as guilds, but the Blizzard groups seem independent of everything.

Blizzard is adding a Discord-like interface to community with guilds and communities. I love this in-game window and hope it functions precisely as it looks. These windows will even allow for in-game voice chat, though I hesitate to think many people I know will use this feature as a primary method of communication. It'll be tough to pull people off Discord when it's so dang convenient.

I can see people who want to be in discord voice with some friends using this in-game community voice to chat with their in-game groups, though. I would totally do that.

Communities in general to me are a way for someone to join a group of like-minded players. It reminds me a lot of the linkshell system from FF11, or even the unofficial guilds we used to have in the really old school MMOs that didn't even have formal guild systems. We used IRC chats to organize with players who wanted to form groups quickly. Same idea here.

I'll likely continue using my in-game guild I'm already apart of with some friends, but would happily join communities to do dungeons and stuff.