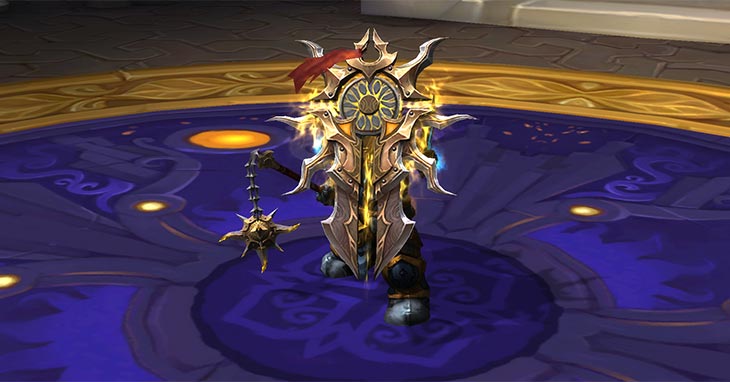 I'm so stinking proud of myself for not giving up. Just 20 minutes ago I tweeted how I hadn't raged this hard at a game in a long, long time. I was literally one attempt from throwing in the towel forever on this challenge.

I watched a dozen videos and feel like I perfected the strategy. I was simply losing to the knockoffs. Random knockoffs here and there. Infuriating.

This last attempt I blew every cooldown right in the beginning and just went HAM on the Inquisitor. I went nuts and killed him fast, then I went crazy on Kruul. I started to tunnel-vision slightly, but I had the wherewithal to pop a LoH and a BoF. And I beat it!

I feel amazing right now. I overcame something that was giving me grief for two months. I wiped 12 times today, and I know I went through at least 40 bear tartare trying to complete it. So that's a lot of wipes.

Had I not completed the challenge, I think I would have felt miserable. Failure isn't a great feeling, but without that failure I think this challenge would have felt a lot like the rest of WoW does... sort of just a checkbox to tick and move on to the next daily checkbox.

Despite the rage inducing challenge of it all, I'd like more challenges like this in BFA. That seems to be a common sentiment among those who finish the challenge.

That was a nice way to cap off Legion.