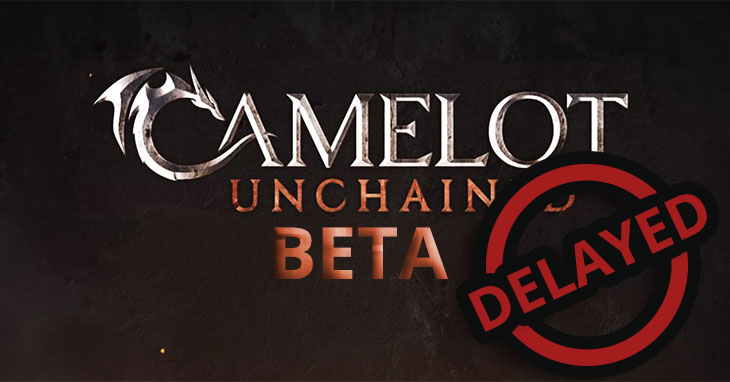 Fortunately or unfortunately, the Camelot Unchained Beta has been delayed again. This time it was delayed because the client "crashes too damn much!"

I said it in my post two days ago when I talked about the beta probably getting a delay, and now they've said it themselves -- The delay news has actually boosted their visibility. All news is good news, right?

"We've had a lot of new people come to the game over the last month -- especially the last few days -- especially a lot of people who haven't paid attention to us in a while..." (14 Min in video)

They keep citing GDPR as a big reason for the delay because it tied up a lot of key people. Three weeks is the number they're saying it took to get compliant, so technically we can say a month or so until the beta -- right? That seems pretty generous since they're also saying this delay will only be "days to weeks."

Let's transition to another part of the video.

Watch the video around the 20 minute mark and you'll see gameplay. It looks a little janky right now. The animations look a bit stiff and the rubber-banding seemed intense.

Gameplay and performance matter way more to me than graphics, though. I say delay it as long as you want to make that first experience perfect.

To those of us who have already backed the game and have the alpha/IT access, beta access is just a formality in many ways, but it's also not. I'll be waiting on their official "beta 1 stamp" as a point when I start judging the game because that's when they've basically said it's ready to start being judged.

As they said in the video a few times, you only get that one chance to make a legit impression, and "beta 1" is going to be that first impression for A LOT of people.