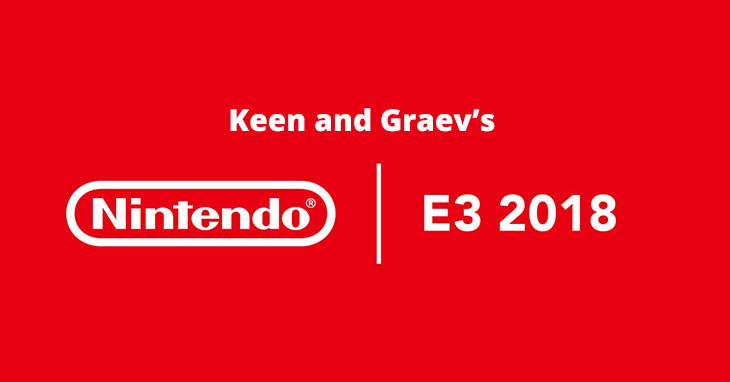 For several years now Nintendo has taken a different approach to E3 with their pre-recorded Nintendo Direct presentations. For better or worse, they're at least a lot less cringey. As a result, they're also much lighter on presentation.

Nintendo's pace this year clipped really fast for all but the last game, so we only got micro-tastes of what they showed. Here are our thoughts on all the games shown.

Everything shown here was on point. Nintendo nailed what they nailed, but we really wish they would have shown a little bit more. Granted, they do supplemental directs over the year. Unlike the other companies who use this for a year's worth of conference, Nintendo drips info -- sometimes even more than E3.

Worth noting here is the complete absence of the 3DS at E3. As we've noted for about the past year, this will likely be the end of that handheld console with the Switch taking over the "go anywhere" market.

I think they could have left out Pokemon if they weren't going to show us more. That was dumb.They showed way, way too much Smash

Third-party support for the Switch has been stellar. This week alone we've had a handful of games come out. There has never been a better time to own a Switch.

Update: The Nintendo Treehouse, which is their after-the-show showcase, showed actual gameplay from Pokemon. This was nice to see because it clarified that Let's Go Pikachu is a game about catching pokemon to level up all the other pokemon in your party. Do you end up with lots of pokemon you don't want? Much more research needed here.