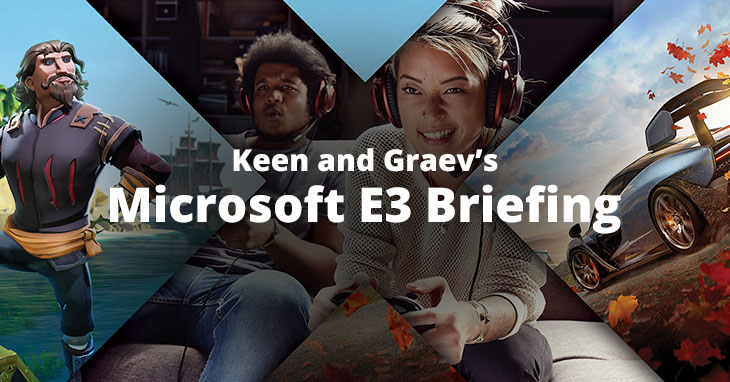 Microsoft came right out and said something like "We have 50 games, 18 this, x of that" and they meant it. The briefing was almost all games all the time. They acted more like Sony -- I'll give them that.

Here are my notes on each game from the briefing. My overall thoughts at the end.

Microsoft acquiring Undead Labs, Playground, Ninja Theory, and Compulsion Games. WHO IS CHEERING? Who are you? Though half the audience was wearing their Fanfest t-shirts, so I guess it was the plants.

No Age of Empires?

Kidding! But not really! There were so many games shown, but not lots of exclusives. I'm over the entire "the world has gone to crap" story gimmick and aesthetic and I would like the Fantasy setting to come back. I like Xbox Game Pass and think the value is 100% there.