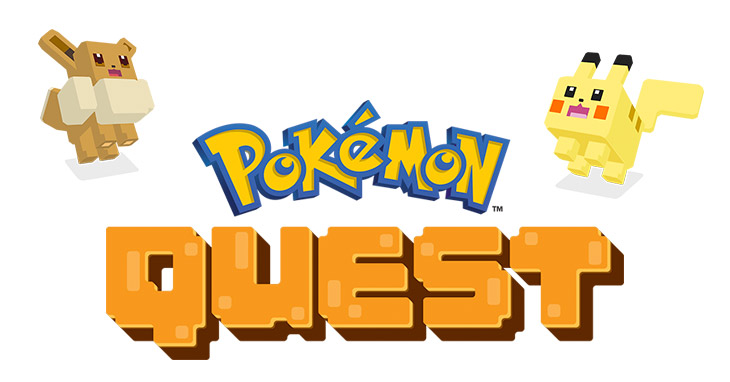 The big Pokemon announcements this week included Pokemon Quest, which is basically a free-to-play (or at least free-to-start) Pokemon game currently on the Switch. PQ is coming to phones next month, and after reading my review I think you'll agree that's where it belongs.

I think most of my enjoyment comes from it being a Pokemon game, and for that I can be enthralled and forgive some of the more glaring 'issues'.

Most of the game is played on autopilot. When you send Pokemon out on expeditions, you just have to make sure their power level is higher than the difficulty of the expedition, and in most cases the game plays itself. Pokemon automatically run towards enemies, and you have zero control over where they go. As your team runs through the map, you'll get to use their classic abilities.

In some cases, I've literally started an expedition and left my switch on the couch while I use the restroom and I come back and it played itself the whole way through. During missions you'll find food and stuff to cook and make recipes to catch new Pokemon. You'll also earn/find powerup stones to customize your team, and by swapping them out you'll alter some abilities. It's decent.

Unfortunately you have a limited amount you can play, since it has a time-gating mechanic that only lets you go on so many missions before you have to "recharge the battery" and wait it out -- or pay the premium currency, PM tickets. You get to customize your base of operations a bit, but that's sorta meh.

Overall, Pokemon Quest is charming but thin. There's no depth to the game whatsoever, and it's easily a simple little time-waster game. When it comes to phones I'll give it more attention, but even then it'll just be a game I pull out to play while waiting in line for lunch.