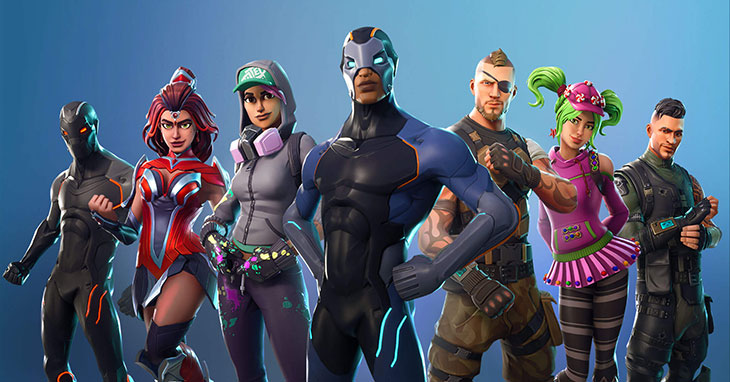 Last July when Fortnite came out it was a coop shooter game with building elements, and it sucked. Then in September they scrapped the first game they made and announced Battle Royale, and the game was still chilling in the background. Then at the end of September they went F2P, and it was the beginning of a new era.

Fortnite took off, and by November I posted how I noticed a change in the air as Fortnite started to climb the charts and obtain Twitch viewership. Lots of PUBG-ites switched over.

Interestingly enough, Fortnite picked up and really started to take off when Bluehole originally called out Epic Games for copying their formula.

PUBG is trying to stop Fortnite in the Korea market by filing or injuncting, or whatever it is they do. This comes right on the heels of Fortnite preparing to enter the eSports arena, and go big in the Korean market with their new partnership to open up Fortnite PC rooms and other Korean market stuff.

Here's my advice to PUBG...

Look, PUBG, we get it. You were the first big BR. That's really cool, and you were successful for it. Epic got lucky, lightning struck, and their pos game took off into the F2P BR market. It attracted the kiddies. It was zany. It was marketed in a horrifically brilliant way. I might dislike the game, but I can see quite clearly how they beat you.

Let's be real. You don't really have a case. There's no secret formula to the BR gameplay in PUBG. Copycats aren't new in video games. If releasing a similar game was such an offense, the MMO market would have died in 2006 rather than ~2010.

This type of press just pushes more and more people into the arms of Fortnite. Instead of complaining about the new industry leader, try to make PUBG better and appeal to a profitable niche that isn't being served by Fortnite. You'll never be the top dog again. Ever.