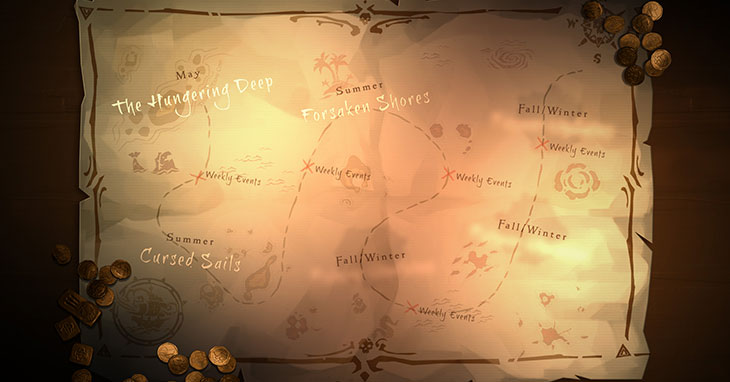 Sea of Thieves devs are aiming their cannons directly at the game's biggest critique: A lack of content. People savagely critiqued the game for simply being an empty world with nothing to do once the novelty of being a pirate wears off.

While I agree with this lack of 'things to do' to a certain extent, I will push back and say that people have largely forgotten what it means to have fund and make your own fun and content in an open world where players are the content. Regardless, Sea of Thieves devs are attempting to remedy this problem.

How? With more content, and an attempt to create a content/patch cadence for updating the game to bring more for players to do.

The video doesn't do a whole lot to explain any of this in any sort of detail.

I believe this was a quasi-rushed attempt at getting SOMETHING out there to address the fans, lest they be accused (by people like me) for waiting too long to fix the issues with their game ala Battlefront 2.

Still, we can dissect their direction. Here are their main points:

The first update coming in May will provide more content in the form of a "new threat". Sounds a lot like NPC-related fighting.

Future updates -- not including their "weekly events" -- will be geared towards adding a new type of ship, and then finally a new part of the world to explore. I think adding this new portion of the world to explore, along with updating the existing world to breathe life into the hidden caverns, islands, and landmarks, will be the biggest boost to the world.

Despite a new ship, more AI baddies, and new areas to explore, they're still going to run into the same critiques from people who don't know how to take the tools they're given and go out and make their own fun.

Scheduling "content" out through the rest of the year could be really risky if they aren't making the type of content that people actually think they need / want.