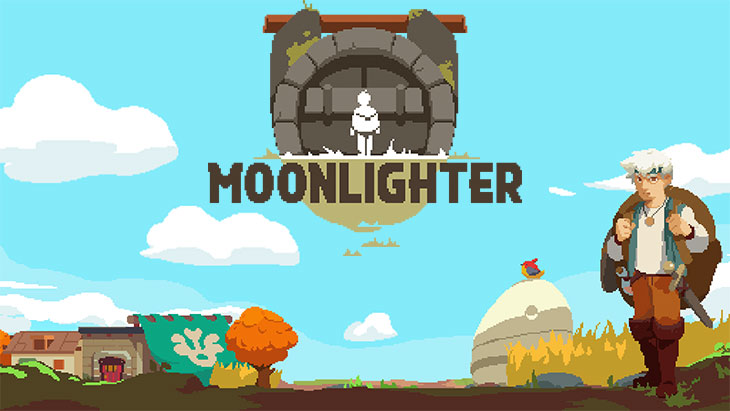 Have you heard of Moonlighter? If you love the idea of being an RPG shop keeper stocking your shelves, crafting more wares, but still going out on adventures to make it all possible,  then you're exactly like me -- and you should be paying attention!

The game is officially coming out May 29 on Steam, GoG, Windows 10, and Xbox One, and PS4. Back in October of 2017 they announced a Switch version, but it appears that won't be coming out until sometime later.

Personally, I love the the idea of running a shop in a fantasy world. The trailers -- even the title of the game -- allude to the protagonist wishing to be more of an adventurer. In fact, I suppose the official website even confirms that.

Moonlighter is an Action RPG with rogue-lite elements that demonstrates two sides of the coin â€“ revealing everyday routines of Will, an adventurous shopkeeper that secretly dreams of becoming a hero.

The rogue-like (even rogue-lite) elements may pose an challenge for me. I'm not typically one to enjoy the unrelenting difficulty and frustration of those one-life-to-live games. The trailers I've watched do show death simply taking you out of a portal, but I don't know what's all involved there. It does appear as though you'll progress deeper and deeper, though.

Between going on quests, finding rare treasure, crafting loot, and enchanting, there appears to be many different ways to stock up your shop and deck yourself out as an adventurer.

This is going on my must-buy list. I wish they'd release the Switch version at the same time as the other platforms. That would surely make this decision of which platform to buy it on so much easier.