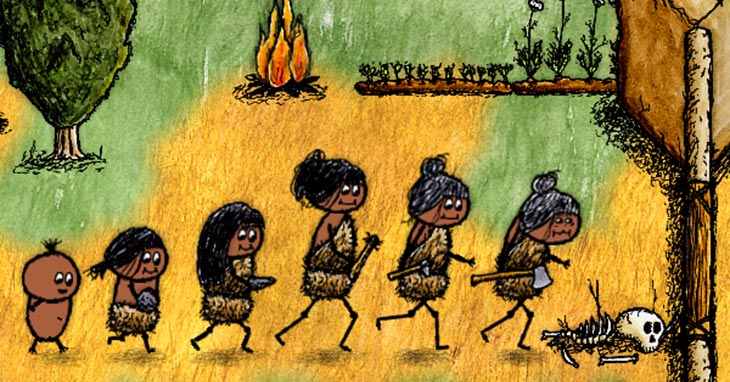 One Hour One Life is a game I only heard of today when a member of our community started talking about it on Discord. I watched several videos this afternoon, did a little research into the official website, and thought I would pass along a simply 'check it out' to you guys if you're interested.

The premise of the game is that you have one hour to live your life. Death is a natural component of the game as you die and become reborn. Your first hour in the game is entirely dependent upon a complete stranger to take care of you as a baby. As you age, you'll begin to be able to type more than one character messages, and you'll eventually be able to take care of yourself.

The goal of the game? Create an entire civilization that eventually grows, progresses, and thrives.

One Hour One Life was created by a single person! The solo dev has stated he has quite a bit of content ready to go, and plans to release new content each week as the players progress far enough.

The premise of the game is truly fascinating.

The art style, though hand-drawn and rough, isn't entirely off-putting. I will admit I did comment in Discord that although graphics certainly aren't everything, these particular art assets aren't my favorite. But it does go back to the idea I've written about in the past that worse graphics tend to make for a better game because the imagination must make up what the game lacks.

If any of you have tried One Hour One Life already, please do share your thoughts.

Tags: One Hour One Life