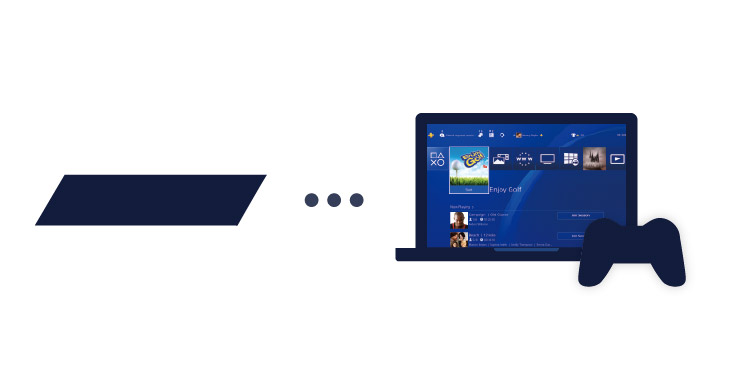 Our current residence has a really inconvenient layout which ends up causing me to need to be away from the room with my main gaming computer and consoles.

If I’m playing on the Switch there’s never a problem.Â  I just grab the console and ago. That’s not the case with my PC or PS4.

I’ve recently been dabbling a lot in the PS4 Remote Play and PC Streaming setups.

Using the Remote Play application for PC, I’m able to connect to my PS4 over wifi. This basically streams my PS4 to any device that can run windows (or mac). I use a first generation Surface Pro from the other room while playing games like Monster Hunter World. Works pretty dang good!

I do notice a few issues with it, like there’s a bit of lag if you’re not using a wired connection for both devices. My PS4 is on the network with an ethernet cable, and my Surface Pro is using wifi. Not ideal, but the lag is just low enough to not really make playing a burden.

I’ve also been figuring out a setup to stream my entire gaming PC to the Surface Pro.Â  This will come in handy when Sea of Thieves and EverQuest Coirnav come out.

The best way I’ve found is to stream through Steam’s Big Picture mode. I launch Big Picture Mode on my Surface Pro, and then I find the games in my Steam Library and launch them using the “Stream” option. The setup for this was painless. Suddenly I’m playing my Steam games on my Surface Pro using nothing but the screen. The games run pretty dang smooth too — perhaps even better than from PS4 to PC.

Game not on Steam? No problem! You can get around the Big Picture mode by adding Notepad as a Steam application. Simply launch notepad (low system resources), press F1 (opens help menu) and then you’re looking right at your desktop. It’s magic! Now you can basically remote access your computer from anywhere.

I’ve played Deep Rock Galactic, EverQuest, and Sea of Thieves this way. So far, no issues.

Just thought I’d share the neat tips in case anyone else is in a similar situation.