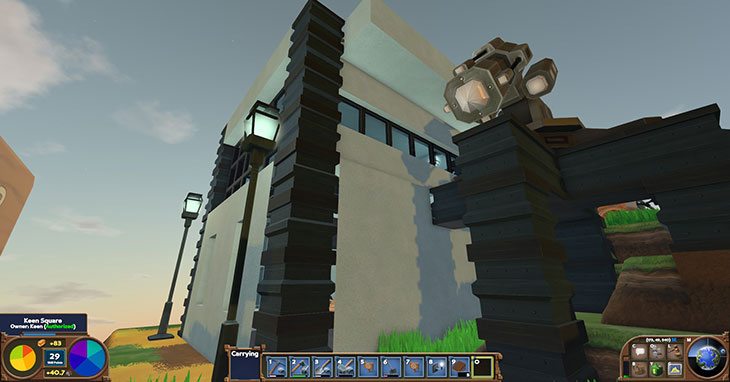 Keeping it short and sweet tonight since I’ve been swamped and busy all day.

We’re planning our meteor destruction party for Saturday 3/3/2018! That’s this Saturday! I’ll probably do a live stream of the action. We’re going to gather for a pre-launch party at 9pm EST and destroy the meteor probably 20 minutes or so into the festivities. Times are subject to change.

A lot’s going into this shindig!

The bunker itself houses the computer lab where we will press the “Activate” button and fire the lasers at the meteor.

The bunker’s top floor has reinforced steel-framed windows and an observation deck for us to watch the lasers to their work. Inside the observation deck we have couches, chairs, and refreshments.

Since the bunker was built on the beach, we built a pier (dubbed the ‘party pier’) and extended it over the sand and into the water. The pier will house our BBQ, tiki torches, tables, and a formal get together with food and drink.

Flanking the pier will be floating platforms holding the massive number of solar panels and wind turbines we’ll need to provide enough electricity to power these mega lasers.

The evening should be a ‘blast’ and I hope everyone who has played with us on the server will join us for the fun!