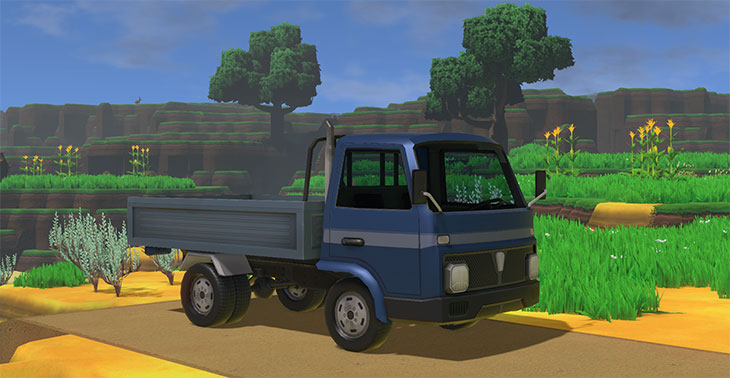 To say the potential in ECO is immense is an understatement. Even now we're driving powered carts, excavators, and doing things I had only ever dreamed of doing in a game like Minecraft.

Now there's even more to look forward to, and probably only a few weeks away.

Our focus for the next big update to Eco (which we plan to start doing monthly) will be to add much more machinery and vehicles. The goal for the end of the game is that players will no longer be doing labor by hand; instead they will be using massive machinery to transform the planet at a large scale. Bulldozers to flatten land, cranes to build skyscrapers, mining drills to harvest entire mountains, plows to create farms and combines to harvest them, logging machinery for harvesting entire forests, boats for sea transport and trains for land.

That's music to my ears!

I'm such a fan of automation and building an efficient system in sandbox games. I liked Minecraft most when I could play using pipes and things in mod packs like FTB because of automation.

In ECO, I'm making things in ECO that seem like they would be automated, but they require a lot of 'by hand' work.

Here are a few models and concepts. Boats, on a larger world especially, would be really awesome to transport items long distance. Even thinking about making a floating base would be so cool! And not to mention the awesome fishing potential. I'm most excited about this mining machine. Digging by hand is laborious. You break a piece of rock then have to pick up the pieces. You dig one shovel of dirt at a time and then have to transport it.

Mining in an automated fashion like this would revolutionize our mining gameplay!

So many neat things to look forward to as the game develops further. ECO is going to be a game I think I'll end up coming back to numerous times in a year just to play through another 30 days with new additions.