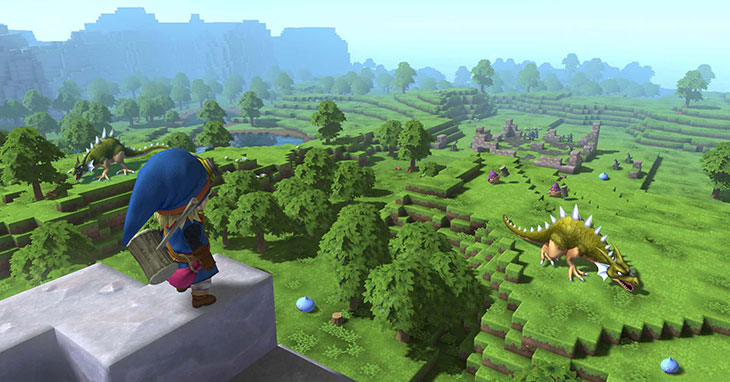 It’s the weekend again… crazy how fast that came. Unfortunately, Monday always seems to come that much faster which means it’s time to get in the gaming while there’s time!

I’m playing a couple of solid games this weekend.

DQB is such a phenomenal game. I’m loving the sandbox with a hint of being guided toward objectives. This is one of those games where my wife will randomly ask if we can play it tonight. Right now we’re still in the first chapter, but we’re spending a good amount of time gathering resources and making a neat city. We’re focusing on building rooms and function with moderate aesthetic appeal.

There are so many neat things to craft and ways to explore the world. So much of the game is still very new to us, so there’s a heavy amount and emphasis on exploration and ‘figuring things out’ which definitely adds to our enjoyment.

I truly expected to play with for a bit and then fizzle out. Despite how infuriating it is to suck as I do, I find myself persevering. I owe a lot of that to Graev and him carrying me way more than he should.

My biggest weakness right now is that I’m too careful. I’m not that guy who carts. I’m the guy who methodically gets in some hits and guards well. The problem I run into is simply a lack of DPS.

I’ve taken some steps toward improving my DPS by going Gunlance charged long shell built. I’m doing a lot more damage than I was, but that’s still not good enough. Yet, despite sucking, I still played a few hours today and a few hours yesterday. I’ll probably play a few hours tomorrow. That’s saying something.

Last but certainly not least is ECO. Our server is now ready to destroy the meteor! We’re planning the exact date and time, but it needs to be within the next week or so since the meteor hits in 12 days.

Right now we’re able to make everything in the game, and most of it efficiently. We’re turning our attention to aesthetics and fun-builds rather than the mad race for functional survival. As we near the end of a 30 day survival cycle, I have a lot of thoughts on how I’d improve this already super fun game. Those thoughts will come in a post this next week.

What are you playing?

Tags: What Are You playing