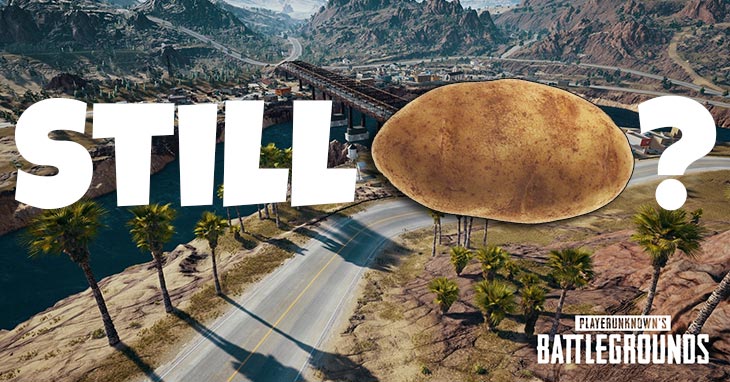 PUBG 1.0 launched this week. That means the game which sold millions and almost won game of the year 2017 is no longer in early access. Coinciding with the launch is a series of recent updates to the game which include a new desert map and some improvements to the engine.

PUBG in my eyes has always been a “good game,” but lacked the polish and refined gameplay, engine, and overall build quality to be great. PUBG is, as many often refer to it, potato quality.

I will confirm that the performance as it pertains to system resources has improved. I am achieving higher FPS and more stable FPS than I would previously get. I’m also think the game looks visually better. There’s a color filter change or something that makes the game look more colorful. I like that.

The jankiness is totally still there, though. Shooting mechanics, movement — event with the new “vaulting” or whatever — inventory management, vehicle driving, netcode, etc., are all still highly flawed and janky feeling.

Miramar, the new map, is pretty cool. I like it a lot better than the original map. I think the big open areas and building setups make for a lot more scary “am I going to be shot from anywhere?” moments vs. tons of house hiding.

Overall, PUBG is still a “good game” but hasn’t elevated itself much beyond that for me. I still have the same impressions I did pre-1.0, and I’ll likely continue to feel like Fortnite is making better headway in the Battle Royale genre.