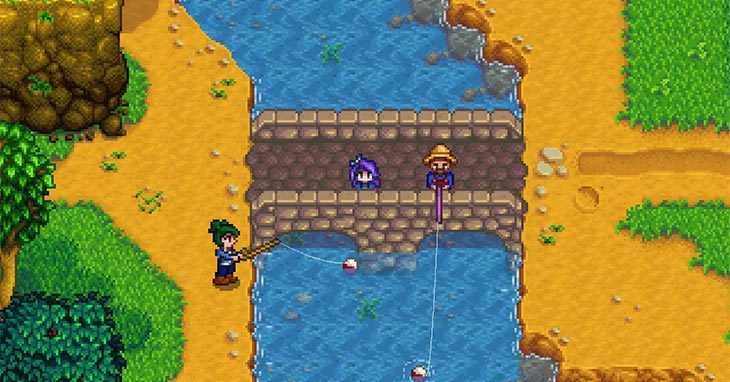 Should the value of a game, or the value the game provides, increase over time? I certainly don't see why not, and I know it's possible because there are several examples of games that I feel have increased in value the longer they've been out.

Examples of Games that Increased in Value Over Time

Stardew Valley
I'm pretty sure I paid $15 for Stardew Valley on the PC almost two years ago, and today I am shocked to see it's still listed at $15. Since its release, Stardew Valley continues to add content and value. There are new farm layouts, items, and multiplayer coming. I feel like ever couple of months I hear about a new awesome improvement to the game at no extra cost.

Terraria
Another example of a game that keeps releasing more and more improvements, but I've never had to spend more than a few bucks total. I was talking with a friend on Discord last night who has over 300 hours in Terraria. He even bought the game for a few of our community members because it's such an awesome game and there was a bundle. It's that good, and it keeps getting better.

Minecraft
Thanks to mod support, an active community, and a game that wasn't designed to die off, Minecraft continues to be the game that keeps on giving. Even the vanilla version of the game -- if you never modded or bought expansions to it -- continues to offer more. I think a revamp for water stuff is coming soon.

Skyrim & Elder Scrolls Games
Skyrim is another game that improved over time and due to mods for PC has immense value. I can almost go back and play Skyrim and have a completely different experience (even after multiple play-throughs) because of mods and how the game has evolved.

To a lesser degree, there's a category for games like Diablo 3,  Overwatch, Hearthstone, (I realize I'm naming a bunch of Blizzard games), etc., where there are still elements of "pay for more" present, but so much is also created. I often think about the really good MMOs this way too, even though I'm paying a sub the game 6 months later feels so much more valuable to me than it did on day 1.

In a world where we've become entrenched in arguments over microtransactions and DLC, it's intriguing to think about games that sell over 12 million copies and continue to focus on making a better game and experience for the players and no extra cost. Many of these games just do their own thing, focus on their own experience, and take care of the players.

Can you think of any other games that have increase in value over time?