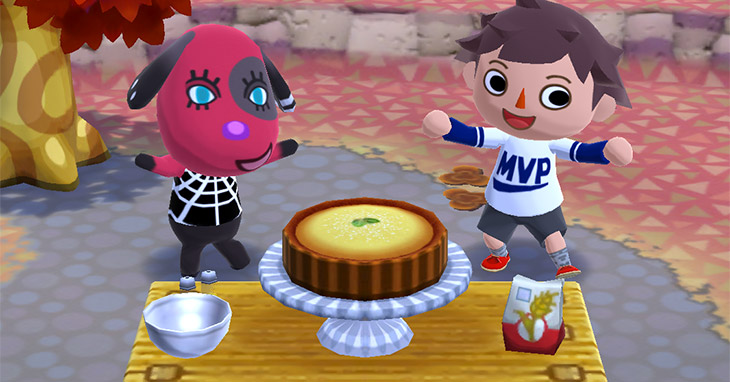 I have logged in and played Animal Crossing Pocket Camp every day since it launched, and for all intents and purposes it’s a fun experience on a mobile device, but I’m left with a few grumbly gripes.

Remarkably none of them have anything to do with microtransactions or the game being free to play. I haven’t felt pressured into spending a dime. They’re overly generous with leaf tickets, and I can make anything I want with what feels like plenty of bells.

I need more space to decorate. As of right now, I feel like I’m unable to create anything that remotely resembles a ‘put together’ setup because I don’t have the space to fit a fraction of the things I’ve crafted. Compared to previous Animal Crossings, I feel like I might have 1/5th the space. Unless I’m missing something, I can’t even pay to increase my camp size — And I would HAPPILY do so.

Gripe #2: Room to move around

Just when I think I’ve squeezed in something that looks good, I realize my character can’t actually fit. In takes 2 squares for my guy to waddle his way through the camp, and even though there’s plenty of room visually (1 square) it won’t let him through.

Gripe #3: Interacting with pals in your camp sucks

I’d almost rather not invite people into my camp because once they’re there it becomes 2-3x more work to talk to them, and I feel like they offer less benefit in the camp than they do in the wild. Granted, having your pals in your camp means more people to fill the other areas which obviously nets more, but once they’re in your camp they feel like dead weight taking up valuable space.

I’d also like to have these animals leave and have their own camps. Instead, they’re all in mine and I never get to visit theirs. It feels like I’m running a daycare for a bunch of psychos who want to do nothing but eat, sleep in my bed, and beg for things.

I’ve sent out a dozen requests for help for the past 3 days, and every day I don’t get enough of them wanting to help me go to the quarry. Literally as I write this 4 out of the 14 friends on my list have offered to help. If I don’t get another person to help, I’m screwed out of another day in the quarry. Grumble.

This should probably be right up under camp size for me because it’s the second biggest issue. I really feel like the disconnected areas make the game feel way too shallow. A simple open map like every other animal crossing game could have been achieved while maintaining the “camp” feel. Imagine Stardew Valley without the main city, but instead you just warped from your farm to the mine, warped to the dock, warped to a store. It would lose that ‘I’m in a world’ feeling, and a lot of that magic would be lost. Part of the fun is what you do getting from point A to point B. Pocket Camp lacks that experience.