I think the idea of a Skyrim survival mode is awesome.  What a cool way to keep updating a game that is getting up there in age.

I think some of the neatest additions are having to eat to survive. This means more random hunting will happen, and cooking food (or having to stop to do so) will make the world feel more immersive and sandbox. The world is also being updated to include climate regions, and other items for survival.

What I'm a little disappointed about is that instead of being a core update, this will be a "mod" to the game. I get how classifying it as a "mod" makes sense, but that also means restrictions.

I'm planning to pick up Skyrim on the Switch, and unfortunately there won't be any "mods" on the switch. Since Skyrim Survival is going to be a "mod," that means I'm out of luck.

I don't really want to play it on the PC if I'm going to spend the money to get it (again) on the Switch. Just a grumbly bit detail for players like me. 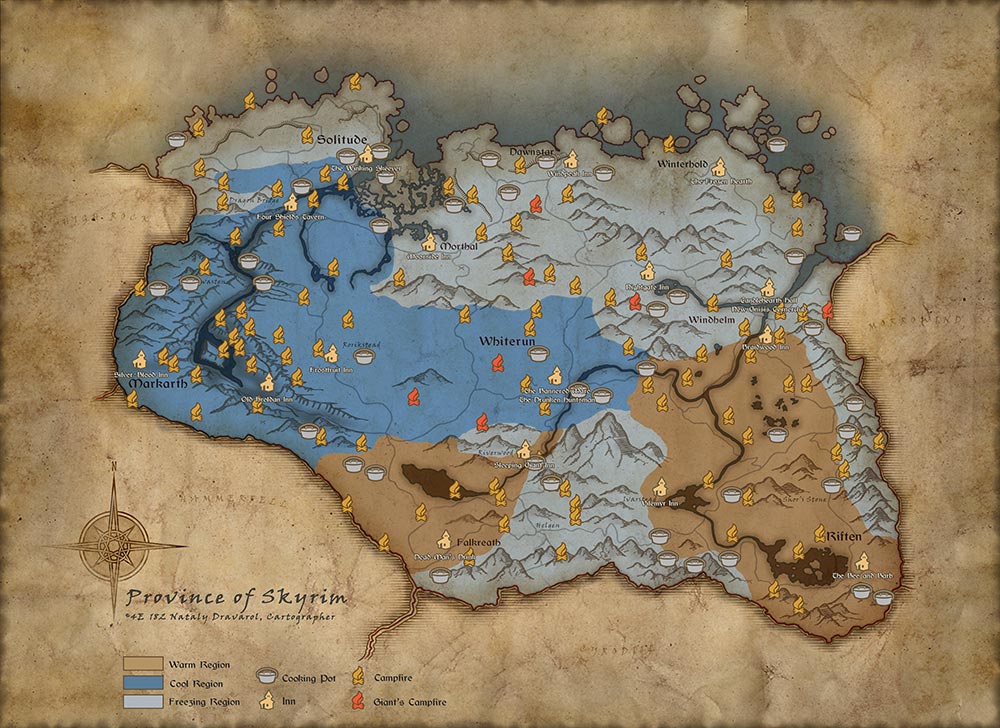