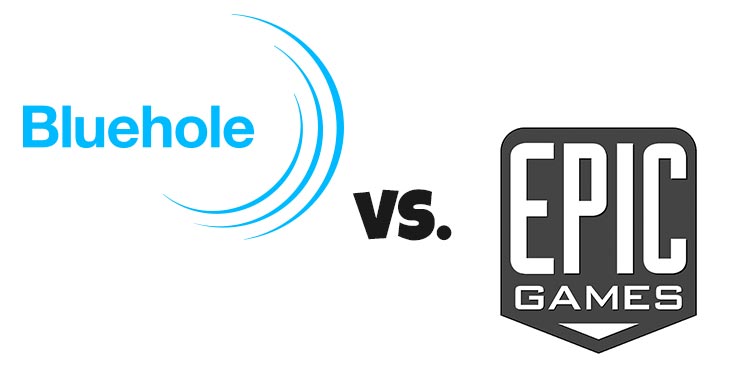 I refrained from commenting (Twitter snark doesn't count) on this issue because I find the entire thing asinine, but since it continues and I needed a topic for today, let's do this.

Bluehole (PUBG Devs) released a press release -- yes, I got an actual email to my press email account -- stating the following:

â€œWeâ€™ve had an ongoing relationship with Epic Games throughout PUBGâ€™s development as they are the creators of UE4, the engine we licensed for the game,â€ said Chang Han Kim, Vice President and Executive Producer for Bluehole, Inc. â€œAfter listening to the growing feedback from our community and reviewing the gameplay for ourselves, we are concerned that Fortnite may be replicating the experience for which PUBG is known.â€

â€œOther companies will, of course, enter the marketplace, but I would just hope they put their own spin on the game mode and not just make a carbon copy!â€ I find it a little ridiculous to publish a press release calling someone out for copying your game (especially when your game is a Battle Royale clone itself).

This is the video game industry. Just spend 10 minutes looking at the RPG, Shooter, FPS, and RTS genres. Seriously.

What was PUBG's "own spin" that made it more unique? Does Fortnite's building mechanic not count? Uhh huhhh, sure. It gets better, too.

“We could be afraid when we make new features in the engine by modifying it internally, that is not already available and public, that feature could be leaked, or other things could happen.”

Do you REALLY believe that Epic, one of the biggest engine licencors in the entire business, would do that? REALLY?

Epic has been licensing their engine for so long, making plenty of  titles that compete with their customers, and I have never heard of any reports of them ever saying, "Ohhh look they made tweaks to the engine let's leak it to the world or use it to make our game better just to put them under."

Why would Epic sabotage their core business model to act in any way that would violate their contractual agreement with a company licensing their engine?

I'm not a lawyer, but if I were one at Epic I would be chomping at the bit right now. This feels dangerously close to slander for overtly implying that Epic would use its license agreements to ruin other companies. Again, it's damaging to Epic's core business model.

Bluehole is paranoid, delusional, and behaving so unprofessional. They're digging themselves into a hole and opening the door for issues that would have never existed. Their fans could have done all the defending for them.

PUBG is a fantastic game. They did a great job. It has quality issues, and a whole lot of jank, but the game is good.

Fortnite (PvE) is absolute crap. I found it lacking in fun, and full of tedium. Their Battle Royale PvP mode is much more fun, and they openly admit to be inspired by PUBG. I played it, and found it very much a Battle Royale / PUBG clone. Will it in any way pull from PUBG? I can't see any reason why.