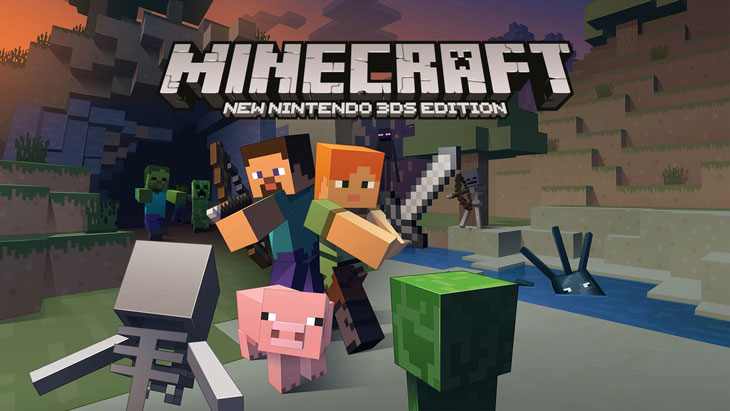 "Woah, dude, look at that!" was our reaction when Nintendo showed Minecraft finally coming out on the New Nintendo 3DS and 2DS handheld consoles.

Initially the idea was magical. Minecraft in 3D, available in handheld format, that isn't a janky edition on a phone with terrible controls! We could play together on the go! And then, upon further inspect... reality.

Minecraft on 3DS/2DS doesn't have multiplayer. It will never receive online multiplayer, and according to the post on the official website will at best receive "local" multiplayer in the future. It won't even receive the "Better Together" update. Minecraft 3DS also won't have any 3D gameplay! Huh...

There are pretty strict limitations on monsters too, even stricter than console versions. "Only 24 enemies, 24 animals, 16 water creatures, and 16 villagers can exist at one time," according to Minecraft Gamepdia.

Additionally, it appears that the 3DS version is being developed separately as a fork off of a version of Pocket edition, meaning it will likely never catch or match the Bedrock version of Minecraft. Okay, so that sucks. Is there anything good about Minecraft on 3DS?

I think the dual-screen on the 3DS will be absolutely amazing for gameplay. Imagine never having to open that inventory and not see the world. You can run around with it open right there. There's also a map which looks convenient -- I know my mom, a devout pocket edition player, would love that.

There's also the fact that it'll eventually get 'local' multiplayer, which means the real target demographic (kids) can play together on road trips or in the same house, and be in an even safer environment than Together provides.

And as alluded to earlier, this is a true mobile version without the janky controls of a phone. I've played extensively on iPhone and iPad, and neither control well at all compared to what it would be like using the 3DS' slide pad and nubbin.

If the opportunities weren't missed, I'd be all over this right now.