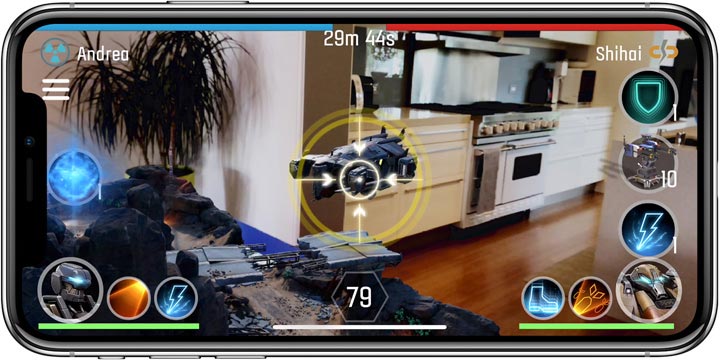 Apple held their "Special Event" yesterday announcing the highly-anticipated (and obviously leaked) newest iPhones as well as the Apple Watch Series 3 and the newest version of the Apple TV.

It's sometimes tough to know where the people in a room stand on Apple products. Some people are vehemently against Apple. Some are devout supporters who think Apple can do no wrong. I could be speaking to a room full of Android zealots. Statistically, I think over half of you are probably Apple users in some fashion.

I'm obviously an Apple user. I've been open about that for years. I like their products. I enjoy the user experience. I like how their products integrate together nicely. I don't like some of the proprietary closed-systems or their choice to make their chargers and interfaces different. I have my issues, but my choice has been Apple for mobile products.

To give you a perspective on my usage, I've owned a couple different iPads (currently iPad Pro 12.9"), an iPhone 4, and an iPhone 6. That's pretty Apple-Lite.

I want to write up my thoughts on Apples announcements and how they appeal to me as user and a gaming industry pundit.

The Apple watch never appealed to me because it didn't make sense to have to wear a watch that really relied entirely on your phone also being in your pocket.

Now that the watch is basically a phone, I think it's a much better idea. It still doesn't check the boxes for me as a gamer and efficiency-based user. I use my iPhone to make my life easier, more accessible, and to entertain myself. The Apple Watch doesn't tick enough boxes for me to buy and use another device.

If/When augmented reality takes off and the watch can be used to interface with that experience, I might be onboard. I think it's time for me to get an Apple TV. I haven't felt the need really until recently, and it actually has nothing to do with the system being 4k or HDR. I don't even have a 4k TV.

I have all the consoles, so I basically have 5 Netflix machines already. So having all those TV shows and movies on-demand isn't a reason either.

Lately I have really wanted to put what's on my iPad onto my TV with the push of a button. I've become quite an iPad fan with my iPad Pro 12.9".

I'm also sold on the idea of trying out some of these games. There was a game called "Sky" shown that seems like a platformer meets puzzle explorer where you bring light to where it's needed most to save the world in some artsy fartsy way.

I have hopes that maybe the gaming apps on the Apple TV will be even better now that it has an A10x Fusion chip inside.

iPhone 8 is basically the same model as the 6/6+ and 7/7+. It's just way faster, has a cooler camera, more lighting effects, etc.

If you like that model, and don't want to switch things up too big by going to the newly redesigned iPhone model coming with the X, then you probably won't be disappointed with iPhone 8. I guess iPhone 9 didn't sound as cool as X, so they skipped ahead from 8 to 10. I have a lot of thoughts, hopes, and ideas for the phone.

Having no home button is AWESOME. Probably the absolute best feature. I've grown so tired of having to manipulate that dang button. Funny how something being so rudimentary and a selling point of the earlier iterations became so cumbersome for me.

The swiping motions to open the phone, change apps, close apps, etc., work for me. I think they'll feel natural and create a better connection between me and my phone. Now I sound like I've been indoctrinated.

Face ID is now possible with the A11 Bionic machine-learning chip. â€‹

Fun Fact: My finger prints don't work on anything. They don't scan at the DMV, at my works biometric fingerprint scanner, or on my iPhone.

Facial ID is a godsend for me. Being able to just look at my phone and have it unlock is awesome.

This is hopefully the beginning of something really cool for interfacing with augmented reality. For some reason, I'm happy about the TrueMotion camera tracking muscle movements to create animated emoji. This technology isn't necessarily new. We've been doing it on our Logitech webcams for a decade.

Having it on a phone, however, gets my mind racing with ideas. What if this can be incorporated into games? What if the same tech can be used to enhance online communications while maintaining anonymity? I can imagine a Discord-like service where you can having your avatar represented to your friends while voice/video chatting yet still being able to not have your real face there. iPhone is finally catching up with the rest of the world to allow for wireless charging using Qi technology.

Apple is, of course, releasing (next year) their own version of a wireless charging mat called AirPower that'll be wide to hold multiple items. Using a neat tech it'll also interface with your devices while they're charging. Lots of neat possibilities there too.

Overall, I'm very pleased with the potential of the iPhone X. I think the price is high at $999, but I'll probably pay it anyway since it represents a relatively small payment broken up over 24 months with my carrier.

The gaming potential is pretty high. The processing power of the A11 is like 70% higher than the A10, and the GPU power is 2x greater or something. That's impressive stuff. The more advanced these devices become, the better gaming experiences we'll be able to have at our fingertips.

Augmented reality is where this entire thing is going. We'll be seeing a lot more AR with facial scanning and bigger multiplayer integrated experiences.