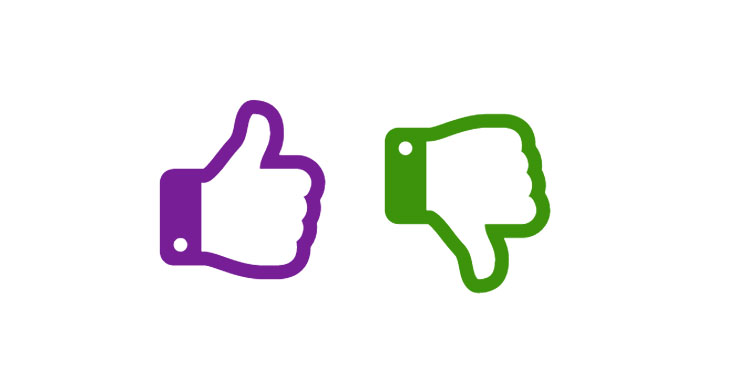 We have reviewed games here on our blog now for over a decade. During this time, we've had various methods for review games ranging from stars and numbers, even a seal of approval back in the day.

I think it's time for another change; This time to reflect a more modern and realistic approach to our video game commentary.

Our previous review systems (that we kept for over five years) rated games from 1-10:

0: *slits wrists*
1 to 4: Absolutely horrible.  Avoid this game at all costs.  We even regret playing it.
5 to 7: Average (5) to Good (7).  There may be no reason  to run out and buy this title right away, but it has some redeeming qualities. See review for more details.
8 to 9: Great! This game is highly recommended.
10:  Absolutely phenomenal.  No game is perfect, not even a 10, but this comes close.  We not only enjoyed this game immensely but we will be playing it over and over.  You absolutely must buy this title.

The problem with a review system based on numbers is that people tend to compare game scores. Game X may get a 10, but Game Y got a 9. They think that Game X is better, when that's not the case at all. We always feel games should be judged against their own potential, value, playability, and fun.

Another problem with a number system is that there's no universally accepted guidelines for how you can rank a game. Some sites use a skewed system where 7 or 8 is considered average and anything below that is failing, but that makes 0-6 worthless on the scale.

While our system of ranking was more accurate and fair than most, we feel there's now a better way.

Our system of reviewing a game will now simply be whether we recommend it or not. We'll include a thumbs up or down (from both of us if we both have an opinion) as well as a pros/cons summary of bullet points.

P.S. Thank you to all who participated in my Twitter poll. A vast majority of you indicated you preferred this system.