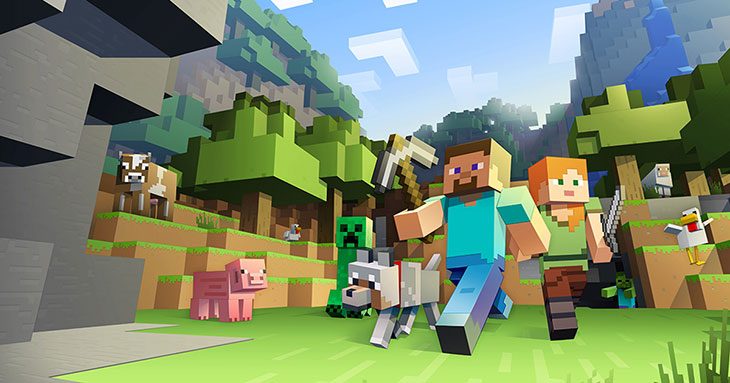 Perhaps minus the ability to absolutely destroy everything and dig into the ground, but similar to the voxel build-what-you-want system. Â I feel like Minecraft itself doesn’t have true survival anymore. Booting up a fresh game, even on vanilla, is trivialized by a simple wall and a door. The true ‘survival’ progression feel present in a game like The Long Dark, for instance, could be fun.

Then there’s the survival style where you’re playing in a King of the Hill setting like PUBG. I think a Minecraft-ish voxel world PUBG would be awesome. Adding the ability to build using resources you harvest/find and having to get ammunition would be cool.

Maybe even a Fortnite style game using a Minecraft model. That’d be pretty sweet to have to defend a Minecraft player-built base against waves of zombies, and having other players out in the world being able to interact with you.

I’ve always been a fan of the old school “Island Troll Tribes” mod for Warcraft 3. You basically load into the world as a troll and have to survive. You find things in the world (map) and combine them to make a campfire so you don’t freeze, or combine them into a weapon to hunt and fight off other players. That would be insanely fun in a voxel world.

Why Minecraft and voxels? I think it blends two things I really like: Stylized graphics (borderline cute stuff) and simplicity. Graphics and pushing the envelop with visuals have really swapped gameplay for visuals. We’re getting dumbed down simplistic gameplay that lacks depth because it’s hidden behind a pretty facade. Simpler, less visually stunning games had ridiculous depth — sometimes over the top — because our suspension of disbelief went so much further.

Have I missed a game out there kind of like PUBG or Island Troll Tribes but built using Minecraft-like systems?