Nexomon is Pokemon. Down to every last detail, it's Pokemon.â€‹

â€‹I'm only a few hours into the game, but I can already tell it's worth checking out if you like Pokemon at all.

It plays well on the iPhone. Simple press and slide your finger on the screen to bring up a virtual direction pad. Essentially dragging your finger the direction you want to go. Anything you can interact with will have an "A" prompt in the lower right corner.â€‹ Battles are just like Pokemon expect there's a stamina feature. Each ability you use will consume some of your Nexomon's stamina. If you run out of stamina in a fight, you have to wait a turn to recover by "resting" some of your stamina back. Even exploring the world is like Pokemon except for one main difference so far being the wild pokemon wiggle the grass they're in so you know where you'll get jumped. Makes for more intentional farming. The main antagonist so far is this Nexomon battle lord guy who, shockingly, things he's all that. He has your mom and dad working hard on some special new device for him. He's also got the Team Rocket equivalent running amok.

I haven't really figured it out yet if he's going to be the real villain of this story, but he's definitely a jerk.

What Impresses me a lot about the game is the scope. Right now I'm reading reports from beta testers that you can rush the game's completion in 8 hours, but considering where I'm at and what has to remain it's a whole lot more. Most people will get 24+ hours of play out of Nexomon just like a Pokemon game.

The Nexomon themselves are well-thought out too. Some of these copy-cat games end of being super generic and lacking the soul and spirit of the Pokemon. I think Nexomon does a great job matching the appeal. There 300 Nexomon to catch in this version of the game.â€‹

There are areas to explore, gyms to battle, pokemon to catch, etc. Think Pokemon, and that's Nexomon.

â€‹Nexomon is available for iOS on iPhone and iPad. It's only $3.99 for a game that has tons of gameplay. One big warning, though... it's a battery sucker and weighs in at well over a gig of space.

Consider this my preview (as I hope to bring more Nexomon content your way), and an endorsement to at least give it a try if you have an iOS device and a desire to play a Pokemon game "style" game on your phone.

P.S. The devs just announced PvP is on its way.â€‹ 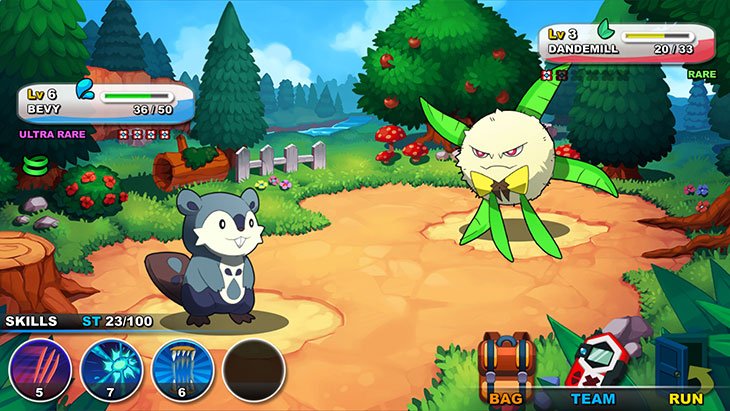