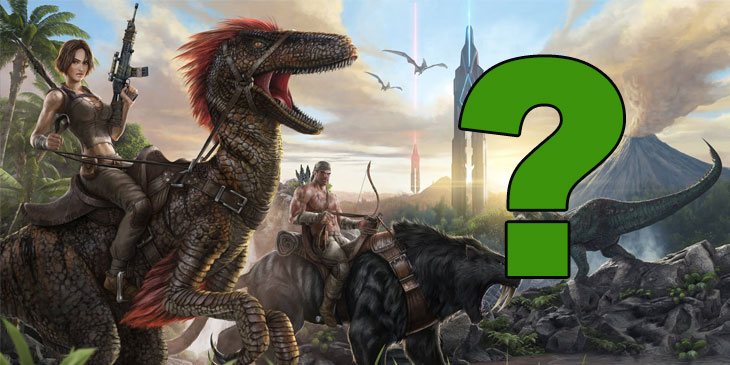 Last month I made a post asking for your thoughts and input on ARK. Graev and I were giving serious thought to getting the game and starting our own server.

The reason you havenâ€™t heard much from us is that ARK became my first ever Steam refund.

I want to explain why I requested a refund and why I couldnâ€™t bring myself to play ARK for more than a few hours.

Ark ran horribly on my machine

I can run almost every game that releases on highest or near-highest settings. I donâ€™t have the best computer, nor do I expect to run new releases on the highest settings, but I couldnâ€™t even get ARK to run consistently at 20fps on the lower settings.

Everything felt clunky and mucky. The controls felt floaty. Everything just felt off.

Graev was able to run the game near-flawless. He has a brand new computer with one of those graphics cards that can power an aircraft carrier. Itâ€™s intense.

Iâ€™ve been around the PC gaming block a few times. We all have. We know the drill. Find the .ini files. Make some tweaks. Follow some guides. There are â€œtricksâ€ you can do to get the game to run better.

Even Graevâ€™s computer didnâ€™t render a game that looked like the screenshots.

I was really, really confused by the UI. Everything felt buried and obnoxious to access. Iâ€™m a bit of a UI snob. I donâ€™t want to spend hours configuring my UI to get it just right. I want the damn thing to work right out of the box. I donâ€™t want to tweak ini files to make my UI look right either.

I donâ€™t believe itâ€™s too much to ask that the controls and UI be intuitive. Weâ€™ve all played dozens of survival games or PC action games. Thereâ€™s no legitimate excuse I can think of to make a game that doesnâ€™t feel familiar or polished in the UI and controls department â€” especially when that should be one of the areas you can nail.

Feeling really disheartened by the experience, I took the the web to start digging into more peopleâ€™s opinions. Thatâ€™s when I found the real complaints I wish I found before buying.

I found all sorts of complaints about the developers shifting away from the PC and onto the console versions.

Then thereâ€™s the price hike that happened just after we purchased. Many people said, â€œoh cool you got the game right before they upped the price for release!â€ Ummmâ€¦ release?

Setting Up Servers Was An Exercise in Futility

Holy crap this frustrated me. I spent HOURS â€” more than I spent playing the game â€” trying to figure out how the heck to get a server working. I wanted to set up a server for Graev and I to play on because a server hosted on our machines sucks. Youâ€™re tethered to the other people. In a game like ARK, how the heck does that make any sense?

So I spent hours trying to configure a dedicated server. I ultimately gave up after following several detailed guides to the letter. So frustrating.

So thanks to the Steam refund program I was able to get a full refund. I felt sick when I logged in and the game ran horribly. That feeling of cognitive dissonance was compounded by the clunky gameplay, difficult controls, and wonky buggy systems.

I didnâ€™t get to do any of the things I expected. No exploring, no base building, no dinosaur hunting. Nothing. It was gated behind a massive learning curve and performance issues.

Before you try to crucify me for hating on your favorite game, I’m just giving my perspective. I totally get that some people can run it beautifully and can do all the things I couldn’t. I’ve watched people on Youtube and Twitch have a grand ole time. I just didn’t, and couldn’t see the future beyond the wall of misery.

ARK just wasnâ€™t for me.