Kingdom of Loot released into early access on Steam today. For only $6.74 I felt like I could abandon my “no more early access” rule. I was really, really looking forward to playing. Unfortunately, I really wish I hadn’t.

I don’t like to trash games. I know a lot of hard work goes into making them, bringing them to market, and supporting them. But I have to say Kingdom of LootÂ is pretty dang rough, even for early access.

Kingdom of Loot is a 2D modern 16-bit ARPG designed with the idea in mind that it wants to be a Diablo meets Secret of Mana. Unfortunately, it really lacks any coherent gameplay at all. 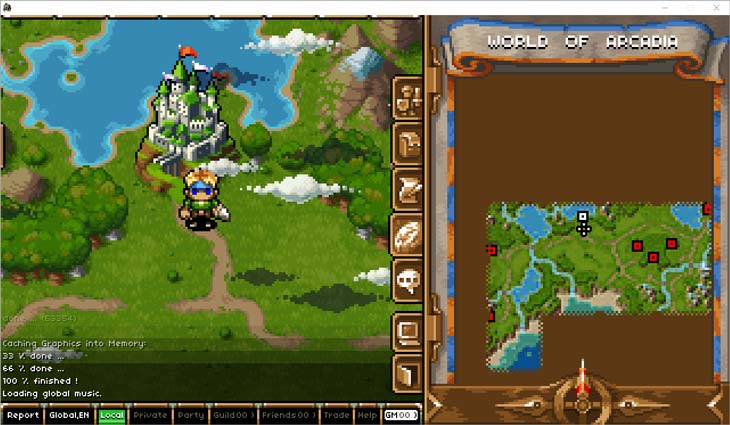 Starting with the controls, I think they’re broken. The use of a controller feels mandatory because of how all over the place the Keyboard/Mouse controls are, yet if you use a controller you’re still forced to use the K/M for some things. They feel delayed and wonky too like they don’t quite line up with the actions that happen in game.

Combat is abysmal from the start. Spam a single key in the early levels because you don’t have abilities yet, but it’s just whack-a-mole. And that one key is… spacebar to attack? Yeesh. Â I really hate the sounds of combat too. I had to turn them completely off so that my ears would stop bleeding. 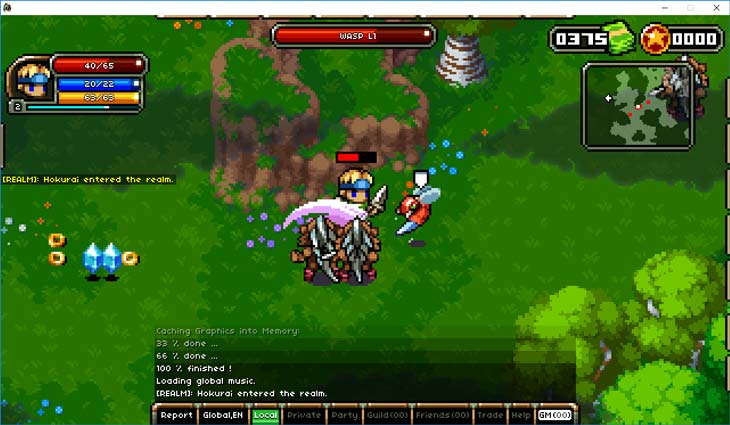 Hitting monsters made no sense. I don’t know if it was a bug or what… but some monsters took no damage at all. I couldn’t even lower their HP. Others of the same level I killed in a few swings. I can’t make any sense of it either way.

The open-world / instanced locations idea of the overworld map is neat, but when you zone into the rooms it’s all the same every time. Mobs are just clustered in little groups and I feel as those the entire thing lacks purpose. It’s nothing more than a mob grinder.

The UI is pretty bad. The menus are access by moving your mouse to the side of the screen where they slide in. It’s tough to navigate since the cursor only works if you line it up with the options at just the right spot.

You can make the screen bigger with Shift+F, but this felt like a crummy scaling and not an actual full screen feature. 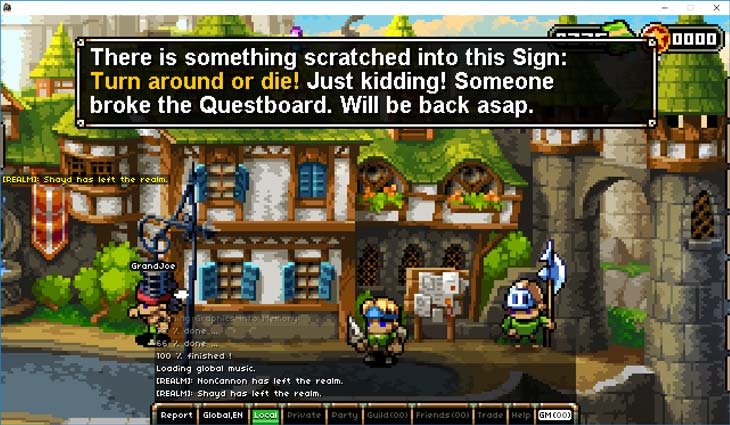 I like how town is represented in side-scrolling vs. the isometric view.

The overworld idea works, but so far they’ve done nothing with it except for navigation. This may change later in the game.

The multiplayer aspect could be lots of fun.

Avoid it. I’m really saddened by just how bad it turned out. I might even do my first Steam refund. I don’t know. It was only $6.74, but at the same time I think it sends a message that I’m not okay with early access being thisÂ bad.

I only needed 35 minutes of play to form these conclusions, which is really quite sad. I’ll keep playing up until the point of being unable to refund the game. If I still feel the same, I’ll have to refund.