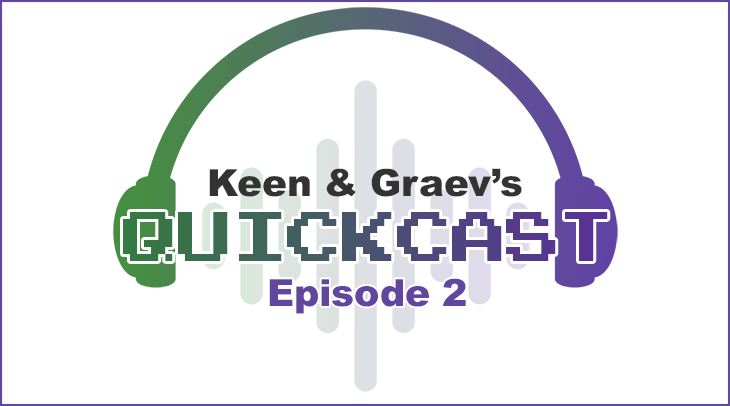 We're back with another episode of Keen and Graev's QuickCast! In this episode, I grill Graev on all the games he's playing. As many of you know, Graev is a connoisseur of games and will play pretty much everything he can get his hands on -- or not play... which is why his backlog dates back to October 2002.

Mass Effect Andromeda
Graev feels that Mass Effect Andromeda has plenty of issues, but remains fun for those who enjoyed the formula of its predecessors. The conversations are rather dull and unimaginative, and the combat has been dumbed down, but it's fun.

Persona 5
A beautiful turn-based RPG. A large aspect of the game is like a life simulator. You play as a high school student and you get to makes choices how you'll spend your time. It's like part social life sim and part JRPG turn-based combat. The graphics are awesome and it's a fun game.

LEGO City Undercover
Essentially the same game for Wii U but slightly updated graphics. It plays pretty much like the typical LEGO games do, but there's an open-world component. There's plenty of humor and it's worth picking up.

Starcraft Remastered
We both agree that it's going to be worth $20, and we're glad it's staying sprites. Keen is way more excited about replaying some of the older games again.

A mini Overwatch Rant
We went on a quick tangent about how neither of us understand Overwatch and where the Blizzard community has gone with being absorbed by the meta.