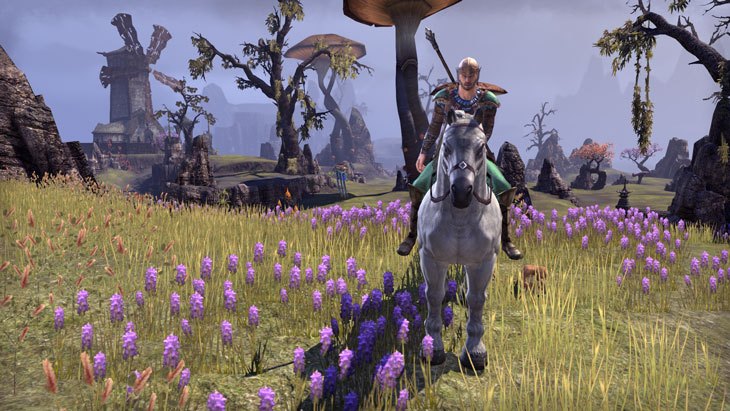 You may recall from my last post on ESO's Morrowind expansion announcement that I said I would be willing to try ESO again. I'll reiterate my position on the game once again: ESO is not a terrible game. ESO's greatest problems stem from it straddling that line between RPG and MMO, and not quite being able to figure out what to actually embrace.

I decided to jump back in (since it's free) to ESO this past week to solidify my feelings.

Playing for a bit this week emphasized a few points for me. I genuinely find the combat to be fun. I think it's a great blend between actual Elder Scrolls style and something that makes sense for a MMO setting. I like my skills being limited to â€‹6 abilities (or 12 with 2 weapons) instead of having 30 skills on hotbars stacked all over the place.

ESO's Skill System has its Ups and Downs

I love a skill system. I think it's so much better than a generic prescribed character. ESO's skill system straddles a line, though. Questing is the Worst Part of ESO

You guys know that I have absolutely no love for a questing system that has me running back and forth from one quest hub to another. ESO, although less about picking up a dozen quests and doing them all, heavily favors leading players by the nose. I wish gameplay in a zone was less about sprinting around the map to knock out objectives and more about sticking around in one place to skill up a character. Putting things into a frame of reference some of you may understand: More EQ, less WoW.

In its defense, I won't pretend the quests are are that worse than the bulk of typical Elder Scrolls quests. But most Elder Scrolls games have a larger sandbox world to ease or almost eliminate that sense of running from one quest to the next to complete the hubs on the map.

I'm going to let ESO be my "play when there's really not a lot else going on" game. I need one of those. What causes me to log off is a mix between feeling like my existence is futile in the game, and sheer boredom from the questing monotony. ESO would be much better with a regular group that decides from the beginning to make their progress about grouping together to explore and fight enemies over a solo or duo grinding quests. I can't think of anything more boring.â€‹