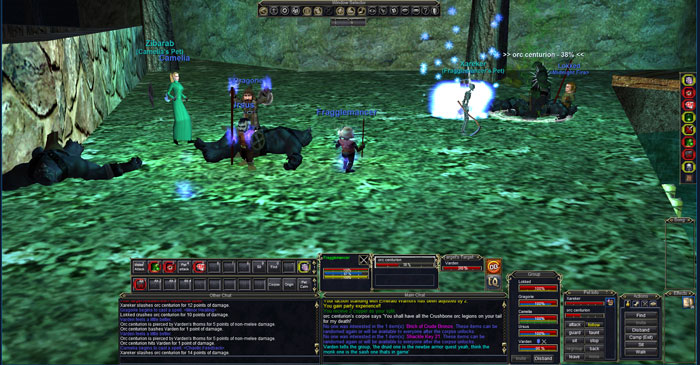 Maybe you guys can help me out on this one. I have struggled explaining this to people for over a decade.

I do not like repetitive tasks. I don’t like doing the same thing over and over in a game…Â or do I? I can’t tell if I’m contradicting myself or misclassifying one of these groups.

The types of repetitive tasks I do not like:

The types of repetitive tasks I’m fine with or actually enjoy:

Why do some of these seemingly mundane tasks bring me joy, and some of them bore me out of my mind?

Is it the game influencing which repetition I’m okay with and which kind I’m not? As I said, I don’t mind grinding the same mobs over and over in EverQuest. I have memories — even from a year ago — of sitting in camps of mobs for hours killing the same 20 goblins over and over. I have memories (again from just this past year or two) sitting in the same room of Unrest for days.

Why are those okay, but the very thought of grinding mobs (likeÂ the type of grinding in the Asian grinder model) or grinding daily quests is enough to make me physically ill? Again, I ask if it’s the game because I wonder if there’s a bigger picture that I allow myself to fixate on and ignore what’s happening in the here and now.

Is it the complexity of gameplay? Lots of Asian grinders are all about shallow combat. EQ was a little more complicated. Daily quests are mindless but camping a dungeon in EQ could be less so? I’m not sold on that one.

Solving this mystery may be the key to unlocking the future of MMORPGs.

What type of gamer am I? The kind whoÂ doesn’t like repetitive tasks in some games, but in others, who can’t figure out why that’s the case. Help!

Tags: What Type of Gamer Am I?