It’s that time of year when everyone is putting forth their selections for “Game of the Year.” I do things slightly different than most. I don’t pick a single best or a top 10. I don’t limit myself to blockbuster AAA mega-titles. Instead, I look for reasons to praise games that had the greatest impact on me as a gamer, an opinion writer, and an avid fan of the video game industry this year.

Stardew Valley proves there are still ways to refresh, innovate, and popularize an old formula. ConcernedApe (Eric Barone, Sole Designer, Programmer, Artist, Composer, ) showed the world the right way to make an indie game succeed. He worked on the game on his own for four years. He gauged interest back in 2012 by using Steam’s Greenlight system. When that showed to be a huge success, he was approached by a small publisher (Chucklefish) to help push him the rest of the way.

Stardew Valley has grown significantly since its release earlier this year. Patch 1.1 introduced many additions to the game. Stardew Valley was also ported to Xbox One, PS4, and will be coming to the Nintendo Switch.

I love the game, the story behind its development, and the example it sets for the rest of the industry.

KH:UX is a free-to-play mobile game that released in NA this past year. KHUX is one of my games of the year because it shines and leads as an example of how F2P (and mobile) games can be completely fair, balanced, and enjoyable without sacrificing scope of gameplay or the player’s experience. 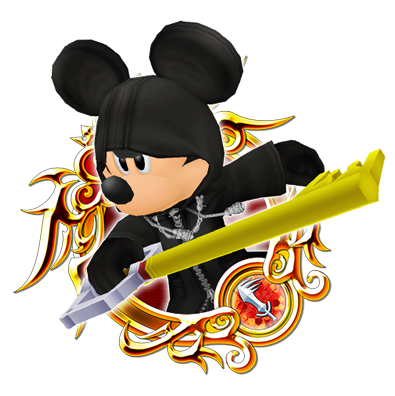 Unchained X tells more of the Kingdom Hearts story, and brings a new style of combat to the franchise that works perfectly on mobile devices. The game itself, though repetitive and times, features a great “get in and play, then get out quick” style of play.

The developers continually release new content every month — often multiple times a month. KHUX is simple, fun, and continually evolving with new in-game events. When it launched there were 200 quests. Now there are over 400, maybe even pushing 500 now. New medals (which act as abilities, weapons, etc) release congruently with popular Disney and Square media as well. The developers communicate incredibly well with players about the game’s roadmap.

My wife plays KHUX every single day (and has since it launched), and to this very day has yet to spend a cent. She says she will eventually, but hasn’t felt the need to yet. For as much as she plays, that’s high praise for a F2P game.

Although not released in 2016 — technically not released at all yet — Subnautica captures a special place on my list Â because of how its gameplay inspires my imagination and creates a sense of wonder I rarely feel in games today.

Gameplay in Subnautica is unlike any other game. Subnautica is an underwater world of exploration, crafting, survival, and mystery. As a sandbox experience, Subnautica really scratches that “let me do whatever I want” itch. You can build bases, craft vehicles, decorate, upgrade ships, etc. Though you can relate it to Minecraft or other open-world sandboxes, it’s simply in a league of its own. The developers have done a magnificent job of capturing the fear of deep, dark water, and sea monsters. I’m sometimes terrified to leave my base. The game is tense, but rewarding when I get brave enough to explore the unknown.

There’s even a bit of story involved, which you can learn about through the in-game data pads or simply read a wiki (which I recommend). I can’t wait until the entire experience is fleshed out and finalized in a release.

Subnautica is currently in early access on Steam. I have my qualms with the model of early access, but the team behind the game is releasing updates regularly and being open about their progress. They are bringing Subnautica to Xbox, and eventually PS4, but have noted the problems they’re having moving a game from PC to console.

Subnautica is not without its flaws ranging from bugs, performance issues, and arbitrary recipes that don’t make much sense, but the game is fun enough that I lost over 10 hours to it this past week. The time just seems to fly by.

Any gems you found this year? Anything inspire you, awe you, or drive you to care more about playing games? The year was jam-packed with many great and amazing titles. I’d love to hear which ones you enjoyed most and WHY.