I’m going to pick on Smed and Hero’s Song for a second. I don’t mean to be cruel, but these issues require the scrutiny.

Smed left (was kicked out) of SOE (or Daybreak, or whatever it is now) and started his own little studio (Pixelmage Games) to make games. The first game they worked on was Hero’s Song, an open world roguelike fantasy action RPG.

They tried Kickstarter, but cancelled after 1 week when it was obvious the game would not reach funding. 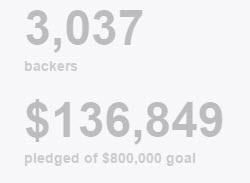 Then they proceeded to launch and Indiegogo campaign and seek funding that would be easier to grab quickly. It fell rather flat.

After a few months of development with not much more than hype, they went to their next stop: Steam early access. On November 7, Hero’s Song was on Steam and available for players to purchase for a whopping $20.

To the complete shock and dismay of those who purchased (I was not one of them), the game was far from complete. In fact, it was in a very rough state. A few patches came out, then Pixelmage went quiet on the updates.

Just 3 hours ago, Smed put the following on the Hero’s Song reddit:

Sorry for the lack of news or updates. To put it bluntly here part of being a startup means money is tight and funding is a major part of what we have to do as a startup. We’re working through some things and I appreciate your patience. Sorry for not being more transparent on this particular issue but the simple truth is sometimes there isn’t much that we can say. More info soon.

The Kickstarter failing was the first red flag. That should have been an indication to rethink your premise, marketing, and honestly the game you’re making entirely.

What irks me the most is that companies like this know they are going to fail. They know they won’t have the cash to properly finish the game, but they release it in “early access” on Steam in an effort to try and get enough cash to patch the game to the point where someone influential might say something nice about it to drive just a few more sales in order to keep the lights on. It doesn’t happen.

I feel that this behavior is akin to fraud.

The studios end up hemorrhaging what little talent they had to begin with — you know, because people like to know they’ll be able to feed their families when they suspect the next check won’t clear.

The whole early access and crowdfunded game movement wreaks of cash grabs and dishonesty. It’s exactly whatÂ the F2P movement was just a few years ago. I hope this too shall pass.