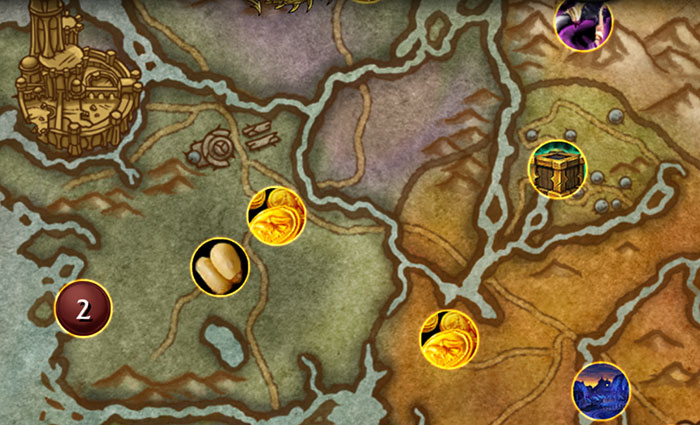 I’m very pleased with most of what World Quests have brought to WoW. World Quests provide a new twist on the ‘daily quest’ model. In other words, they disguise the same system very well.

World Quests are daily quests. There are multiple layers to these daily quests, including the fact that they’re all available for a limited time even within the same day (roughly, some have longer timers).

I like how the reward system plays out with items being able to upgrade, and the loot chests from D3-style bounty system act as a great carrot for hoping a legendary pops out and surprises you.

What I really dislike is the reputation, resource, and artifact power grinds. World Quests aren’t necessarily to blame for this, but they are being used to disguise how ‘active’ and ‘managed’ this grind has become. We have to gather ridiculous amounts of everything, and grinding these world quests every day is cumbersome.

I simply can’t get through a dozen+ world quests every day, AND do dungeons, AND to my Suramar dailies, AND the regular quests I still have to do there, etc. It’s too much. Yep, I’m saying it: There’s too much to do right now, but in a bad way.

Sure, some will come along and say, “I can just do it at my leisure and get there eventually.” True. But that doesn’t change how the game is compelling us to have to stay up with others around us. If I want to run mythic+ or participate in activities then I must reach a threshold. If participating in the contemporary activities — the current’ “hip” and/or most fun thing to do — then I need to keep up with doing my “dailies.”

So while I like this version of daily quests more, it’s still just a better version of the same thing. World Quests are still daily quests. World Quests still make me feel like I must do them or else I fall behind. It’s the “or else” part that I dislike. The act of doing them is mostly fun, which is at least a step up in the right direction.