Although Stormheim gives off a huge SG-1 Asgard vibe, the gods are unfortunately not little aliens protecting Azeroth as part of the Protected Planets Treaty. They’re still cool, though.

Stormheim is where the Vyrkul of Northrend settled. It houses The Halls of Valor and Helheim, which are basically heaven and hell for the Vyrkul. It’s also where you’ll need to get one of the pillars.

In Stormheim you have to basically prove your worthiness to enter the halls and obtain the Aegis (Pillar). There is, of course, the Vyrkul who sold out to the Legion lead by this nasty guy:

I really liked the feel of Stormheim, and the questing flowed much nicer here than it did in Azsuna.

One of the hallmark features of Stormheim is the grappling hook that allows you to hookshot your way around the cliffy edges, Vykul settlements, and ruins. Blizzard used the grapple launcher as part of jumping puzzles with treasures at the end, too. 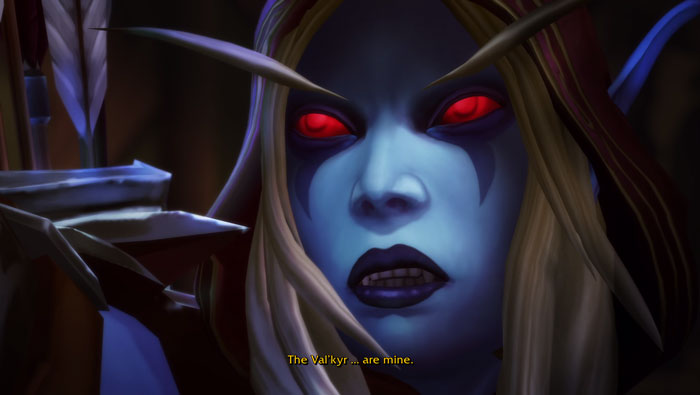 While the viking guys are cool, I think my favorite part was definitely Sylvanas and Greymane. This story was a little under-explained. We see Sylvanas in Helheim making a deal with Helya (God of the underworld I guess). Turns out she was getting some Lantern thing that she uses to bind Eyir in an attempt to ascend and gain power or something. I think she wants it to have Valkyr replace her in Helheim, and by sending a stream of them there she can continue to be “immortal.” That’s what I can piece together, and I read around forums and it seems like people also took it this way.

Other quest lines in the zone include helping an ancient dragon group, but overall pretty forgettable. Stormheim wasn’t a bad questing experience, but definitely pales in comparison to Highmountain.