I just realized I haven’t posted anything yet about Legion! I’ve been completely absorbed in the fun.

My opinion so far: Great leveling experience, with a pretty good story.

I want to come right out and say, “Best expansion since WotLK,” (which I feel right now) but I want to give this more than two days. I want to see if the initial “wow factor” wears off and leaves any sort of aftertaste.

I’ve only experienced a couple of dungeons (they were amazing) and two of the major new zones, so my experience is limited.

This post will act as a catch-up post to where I’m at. From there, I want to chronicle more of the experiences I’m having on a zone-by-zone or dungeon-by-dungeon basis.

Let’s begin with the class quest!

As you hopefully know by know, I flip flopped up until the very last minute on my class spec. I went BM Hunter because I simply had more fun playing this spec than Survival.

That means my artifact weapon is…. 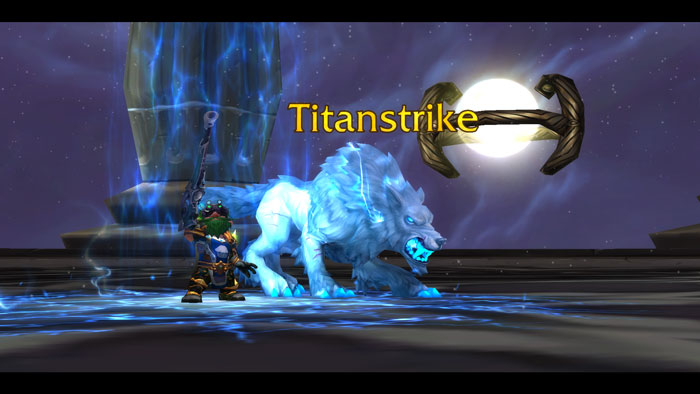 I wield the power of Titanstrike!

I was disappointed by how it looks. Sorta bland. A gun. yay…

And I was a little underwhelmed by the quest to obtain it. I felt like it was a little too contrived. Maybe I don’t know the lore well enough or something. The quest was like, “There’s a gun, it’s cool, and it’s in a tomb. Go get it!”

I was a little surprised to see that Mimiron was involved, and Blizzard tried to weave in WotLK’s Ulduar into the story and the lightning god guy stuff… yeah it was contrived. But that’s fine, I got a second pet out of it! Hati is awesome. He absorbed the power of Titanstrike, and in the process had his soul bound to mine. So now whenever i use the weapon I have a second pet. 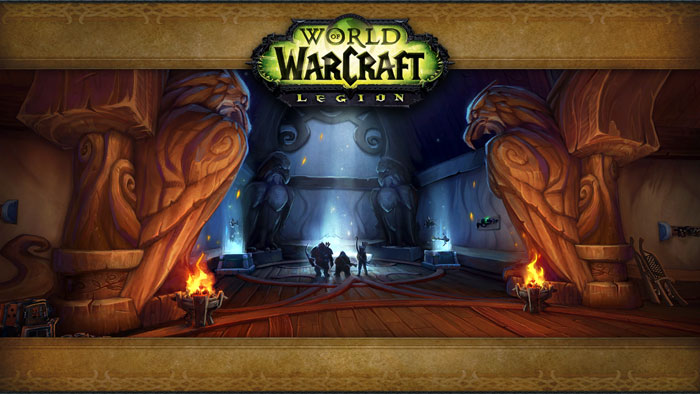 My class order hall, or the Hunter Lodge, is pretty nice. It has a very… lodgey feel to it. This is essentially where I upgrade my artifact weapon, send my followers on missions, and obtain a lot of my “connection to the world” experience.

It’s pretty good, don’t get me wrong, but I haven’t really seen why this is any better than garrisons.

As a hunter, I do get all of the flight paths on the map unlocked. That was a really neat bonus!

Leveling in The Broken Isles (so far)

The world scales to your level now, so whatever zones you choose (in any order) will adapt to your character. I decided to go with Highmountain first because it has the mining quests, then I went with Azsuna for the Engineering.

Leveling in general is fairly painless. I’m finding that levels come without me having to even focus on getting experience. That could be from the distraction of everything being new, or it could really be from feeling immersed in the questing experience.

Questing in general sucks. I don’t like questing — never have, probably never will. I do like stories, though, and the zones are doing a nice job of having that story narrative flow from beginning to end.

Each zone seems to culminate in a dungeon adventure that ties in well with the story of that zone. 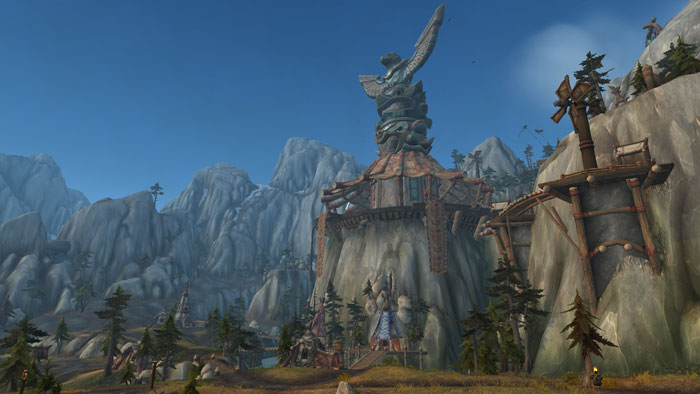 Home to the descendants of Huln Highmountain, this zone is home to the Tauren of the Broken Isles. The Highmountain Tauren tribes must be united to fight against the forces invading their lands. The Drogbar, under the rule of Dargrul the Underking, have stolen a sacred relic of the Tauren and they need to get it back and stop the Drogbar from destroying their lands.

The zone is very pretty, and the music is excellent. I really like the story here, and had a “WOAH COOL!” moment when the story took a couple of twists.

The Tauren here are WAY cooler than those in Kalimdor. 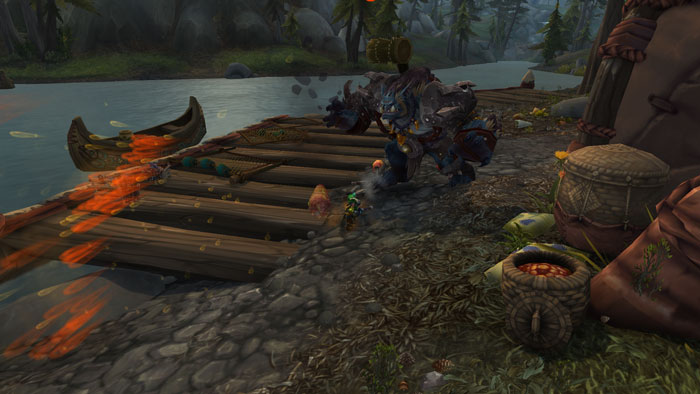 The Drogbar are my new favorite mobs, too. I really like how they look, and their story is fun. 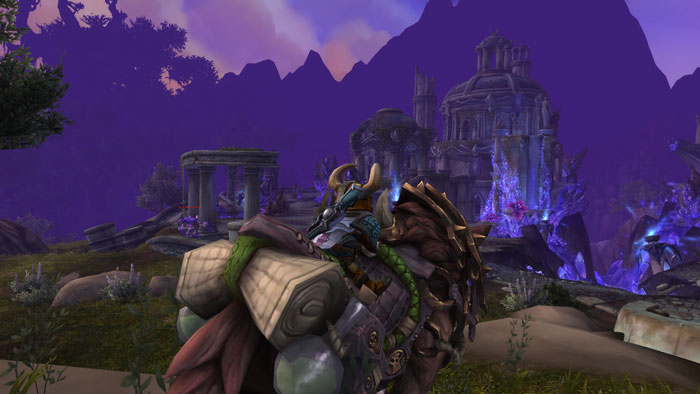 Azsuna is homeÂ to many different groups. There’s the Blue Dragonflight hanging out here, the ghosts of some ancient Night Elves, the Nightfallen, and the Naga.

I really enjoyed the Nightfallen and Blue Dragons, but was bored by most of the Night Elf ghosts and some of the Naga stuff. My eyes sorta glazed over as I ran the ghost quests. Navigating ruins, clicking on things, bleh.

Runas, the mana crackhead Nightfallen, was a definite highlight. I really enjoyed his narrative.

Azshara, queen of Kalimdor, ruler of the Naga, and a dozen other titles, is after one of the Pillars of Creation. It all makes for a pretty decent story, but the land carries with it a very cursed and truncated feel. I think that’s the purpose, though, given the fact that… it IS cursed and truncated with different factions.

I’m very pleased with Legion up to this point. I feel like the zones are a much better questing experience than the previous three expansions. I’ll do individualÂ separate writeups for each of theÂ dungeons as well as the remaining 3 or so zones.

If you’re looking for a guild, ours on Fenris is growing nicely! Most of our team transferred over from Emerald Dream due to PvP being obnoxious. We’d love to have you.