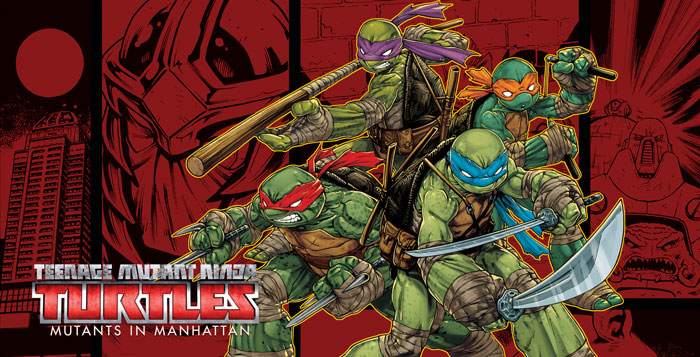 Graev and I have been TMNT fans since we were little tykes running around with plastic swords wailing on each other. We loved TMNT on the NES back in 89, Turtles on Time back in 91, and a few of the other games in the 92-93 years. But since those days the Turtles have had a rough go of things, and unfortunately that doesn’t really change with Mutants in Manhattan.

Reviews across the web have been pretty harsh. Graev and I both bought Mutants in Manhattan well before waiting to se what the scores would be, so we were a bit leery that we may have — in the words of Gob — made a huge mistake. Luckily things didn’t turn out quite so bad, but they’re still a long ways from great.

Mutants in Manhattan is developed by Platinum Games who brought us other titles like Bayonetta, Star Fox Zero, and the (hopefully) soon to release Scalebound. Pretty good lineup. Mutants in Manhattan (MiM from hereon out that’s just too many syllables) is a beat’em-up game similar to most TMNT titles. Art style is fantastic, animations are great, combat is excellent (if not a little repetitive), etc. Where the game falls completely flat is in its execution of story and flow. 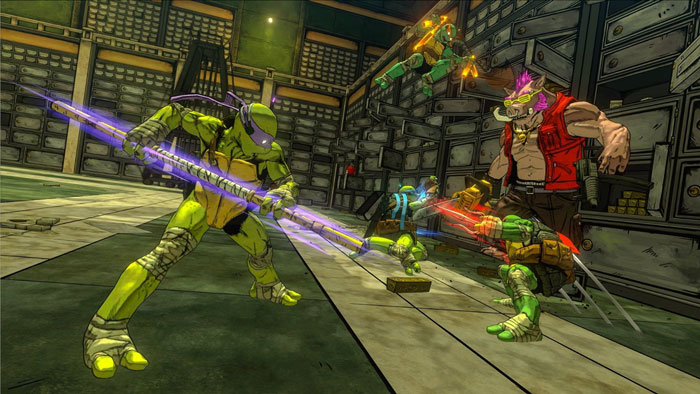 There really isn’t a story worth commenting on, as the narrative is completely nonexistent and skips around in an almost incomprehensible way. Levels are loosely based around completing randomized/serializes objectives such as beat up the foot, deliver the stolen cash, diffuse the bombs, or find the sewer hole. These little “side quests” become so mundane and linked together that it’s almost mind-numbing. But the have to be done because doing them spawns the boss of the level which is the only way to progress.

Boss fights are well done. Once you get the hang of each boss’ mechanics, the idea of having to eliminate 4-10 health bars isn’t so bad. All of your favorite bosses and then some are there.

As I mentioned earlier, combat is solid. For a beat’em-up style it has all of the combos I’m looking for, and even some multiplayer combos as well as special abilities to unlock. Each turtle feels appropriate to their fighting style.

I wish that the world was more open like a GTA game, and that I could just be a Turtle roaming the city stopping bad guys while following a cohesive story. That would have been a lot better than the fairly dead and lifeless world they toss you into.

Graev and I both agree that the game is fun enough to play together (co-op works great) and beat up some Foot. Go into expecting a whole lot more and you’ll be disappointed. Thankfully the game isn’t quite full price (Find it on Amazon and all over in the 40’s). Maybe this is a compliment… it’s the best Turtles game in a long time. I know that’s not saying much, but maybe a step in the right direction.