I’m still having a blast in Kingdom Hearts Unchained X. In fact, my wife is too. She picked up the game almost 2 weeks after me, and is now so far past me that I’m not sure I can ever catch up. She says it’s a mixture of the Disney and the gameplay where it’s simple to understand but more strategic at times. Knowing when to use special abilities, swipe, tap, and how to build a good Keyblade are all interesting to her — me too!

I’m around level 120, and she’s pushing 170. We both have spent a great deal of time trying to maximize what we can get for free by making sure to play each day. Every day has new quests and events to do. For example, Tuesday is red (power) exp and evolve medals. Wednesday is Blue, and Thursday is green. Friday you get the evolve medals needed to go from 1-5 stars (Chesire Cat, Merlin, and Fairy Godmother). Saturday and Sunday are the more powerful evolve medals (Yensid and Sorcerer Mickey). Each day there are also events to get munny, improve your various Keyblades, earn gems, or get special rewards. Suffice it to say, there’s always plenty to do. In fact, I regularly feel overwhelmed. 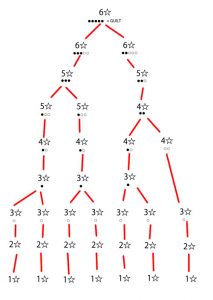 [/su_lightbox]There’s a lot of meta game surrounding the accrual, leveling, and slotting of medals. Leveling medals is pretty straight forward. You put Huey, Dewey, and Louie medals into them to get them basic experience. You can alsoÂ fuse like medalsÂ togetherÂ (for example putting a 3* Mickey into a 3* Mickey) to synthesize thatÂ medal to increase its multiplier. Human nature of course leads us to try and find the most efficient way of leveling and synthesizing medals. The chart to the right shows the most efficient way to get to a fully synthesized medal.

Fully synthesized medals lead to a mechanic called Guilt. (Still with me?) Guilt is a trait found on 6* fully synthesized medals that acts like a second multiplier, and comes in multiple tiers based on the rarity of the medal. Rarity is probably the simplest mechanic: Some medals are common (Goofy) and some medals are rare (Mushu). Rare medals will have ridiculous Guilt multipliers, but are so rare that you’re likely to never fully synthesize a 6*. Common medals may not have as good of a Guilt multiplier, but some Guilt is better than no chance of ever having Guilt — that’s how my wife and I look at it. 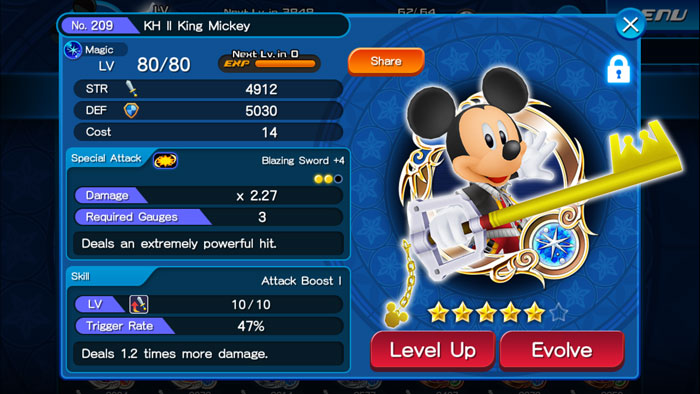 For having spent nothing on the game, we’ve both put in a ton of time and never feel like we can’t play despite there being restrictions on how many missions you can run back to back (action points deplete). The last event was for Zootopia and had lots of neat unlocks to earn, and every night from 7-9pm there was a raid boss event for two hours where we could kill raid bosses together non-stop. That was lots of fun, and we got lots of neat little Zooptopia cosmetic items. The “end game” is the Coliseum, which I’ll talk about once I catch up to my wife who is already conquering it without me. 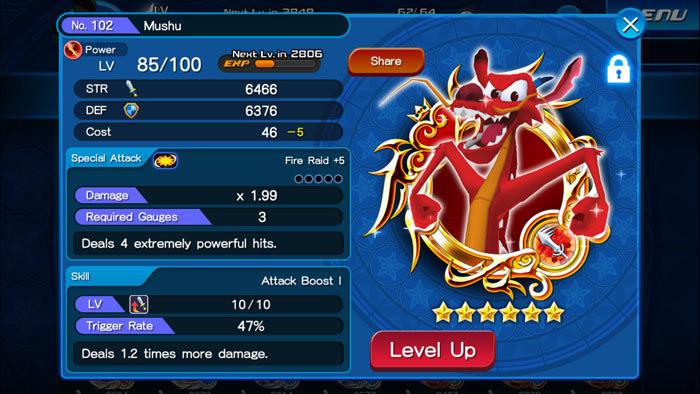 KHUx has a lot more importance to the story than I initially realized. If you’re a Kingdom Hearts fan, you really don’t have a choice on whether or not to play KHUx — you sorta need to play. There will be references to this stuff in KH3. It’s free, and fun, and definitely worth playing.