Looks like Blizzard is ramping up the WoW marketing in time for their investor call on May 5. I don’t know if any of this is necessarily new, but it’s new to me so thought I’d share. 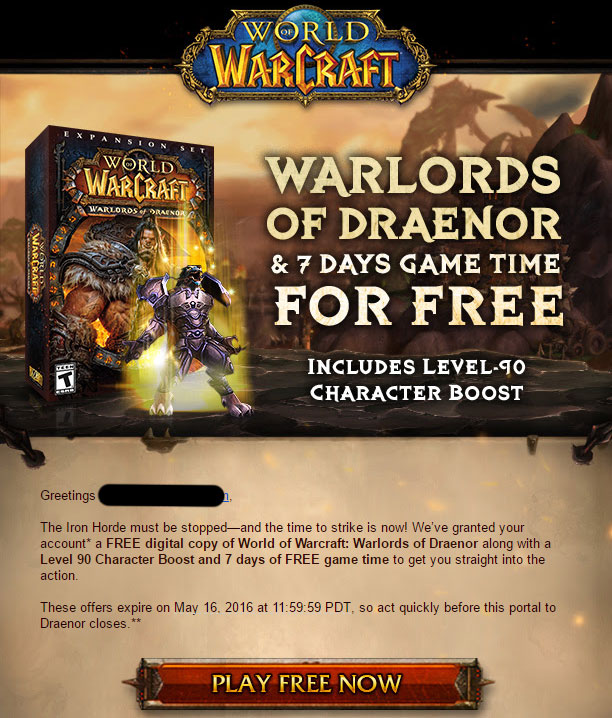 Graev received the above email this evening. I don’t know if it’s legit. I told Graev not to click on it but instead go to his account settings. He said he’ll let me know if it’s legit or not. I’m assuming it’s real? Pretty sweet deal for someone like Graev who hasn’t played in forever. He was actually intrigued by the offer. The corgi pet coming in Legion may also have something to do with that.

I did note the expiration date on the offer, though… curious.

I sorta wish they’d give me a 90 boost. I want to level another character, but I have no interest in slogging my way through the 75-90 grind again. Goes back to the journey meaning absolutely jack in WoW. The game really doesn’t begin until 90 right now, and if you don’t like building up your Garrison then it doesn’t begin until you’ve been 100 for a few months.

So if you haven’t played WoW in awhile, check your inbox. You might get for free what I had to buy last August.